Shenandoah National Park, May 22-23, 2021 — After the gas pipeline panic delayed our normal Hoodlums Saturday work trip, we finally made it to the park a week late but no less enthusiastic.

We divided into three groups.  One went to clear blowdowns on Little Devil’s Stairs, one returned to our continuing trail restoration project on Compton Peak, and four of us were assigned to restore rolling grade dips on the Indian Run Hut access road.

On Sunday I weed-whacked the AT section for which I am responsible.

The weather was as lovely as a prom date – pleasant sunshine in the 70s with low humidity.  Working in dry clothing without drippy sweat stinging your eyes.  That’s a treat.

Journalists know that proximity is a news value.  The news that happens close to them seems more important than the news that happens where they aren’t.  That’s why 9-11 happened in New York, the media capitol of America, and not Los Angeles.  The goal was to get the attack on TV and that’s what happened.  The movie could be made later.   Accordingly, I’ll write about where I was.

Turns out the Indian Run Access road had four rolling grade dips.  Not sure when these were last maintained, but it clearly had been awhile.  They are roughly four to six times larger than the ones we build on trails.  Skip the cowbell, more pick-mattock and muscle power, please.

Working on number two with number one in the background. This is a steep part of the road and the erosion was obvious.

Lunch break.  Fire roads are great or what?  You can bring the truck!

Believe it or not this used to be a grade dip.  It ran diagonally from right to left just above the trimmer.  The light colored gravel is a hint.  Could not get WordPress to accept a marked up version of this photo.

Finishing touches and done for the day.  After this Julie and I hiked up to Compton to see the work there.  She commutes from NYC to maintain trails in the park, so she hadn’t had a chance to check it out.

One wake up later it was “Have Weedwhacker, Will Travel.”  We leave a placard in our window to let the park rangers know where we’re parked and when we expect to return.

In this case I was an hour late, but no one noticed.  I always give myself some slack.  Normally in May it takes six hours to week the 1.3 miles up and 1.3 miles down.  The vegetation was so thick that two extra hours were required. 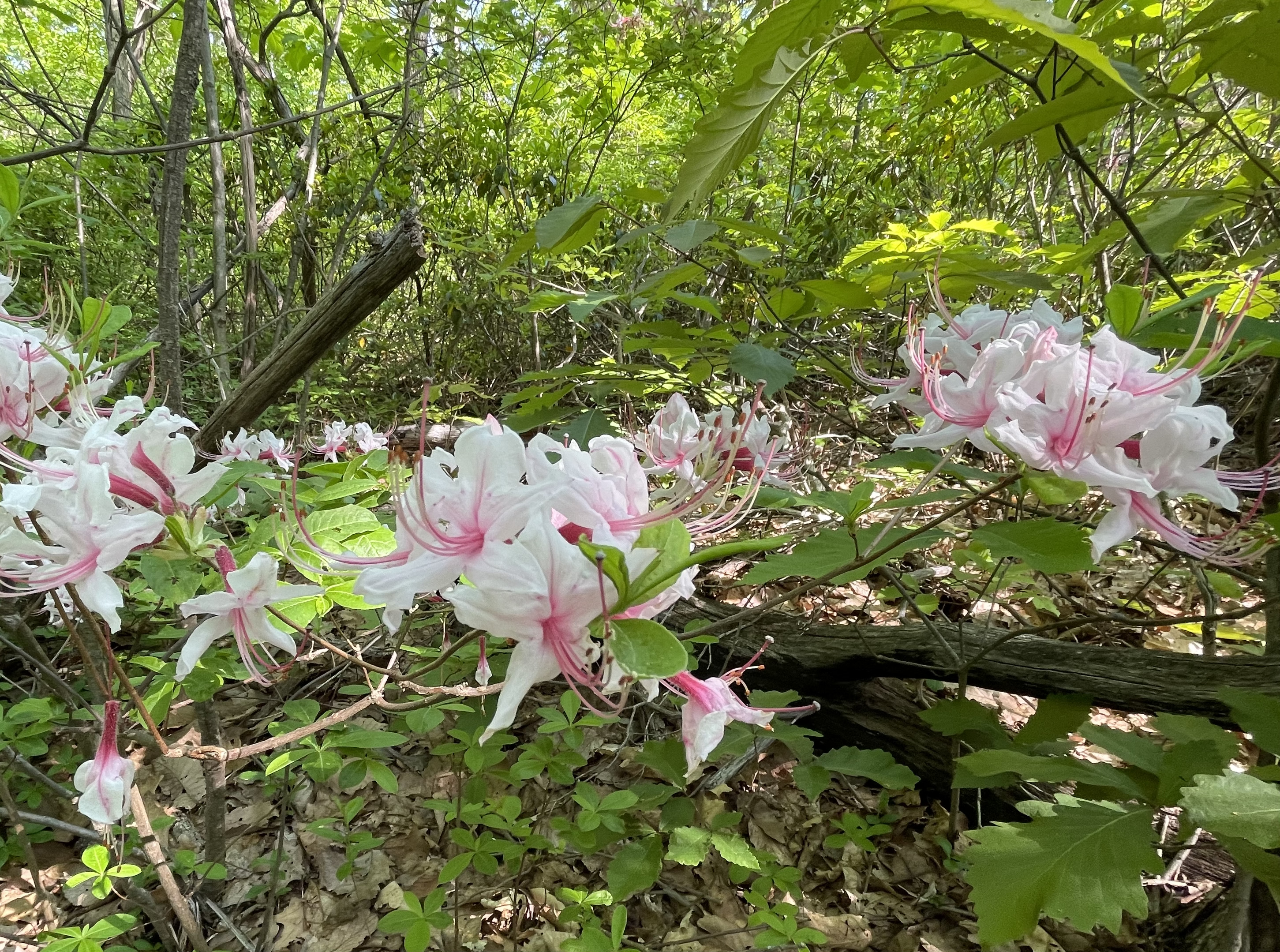 The wild azalea was wonderful.  I have no idea why anyone would want domestic azalea after seeing this. 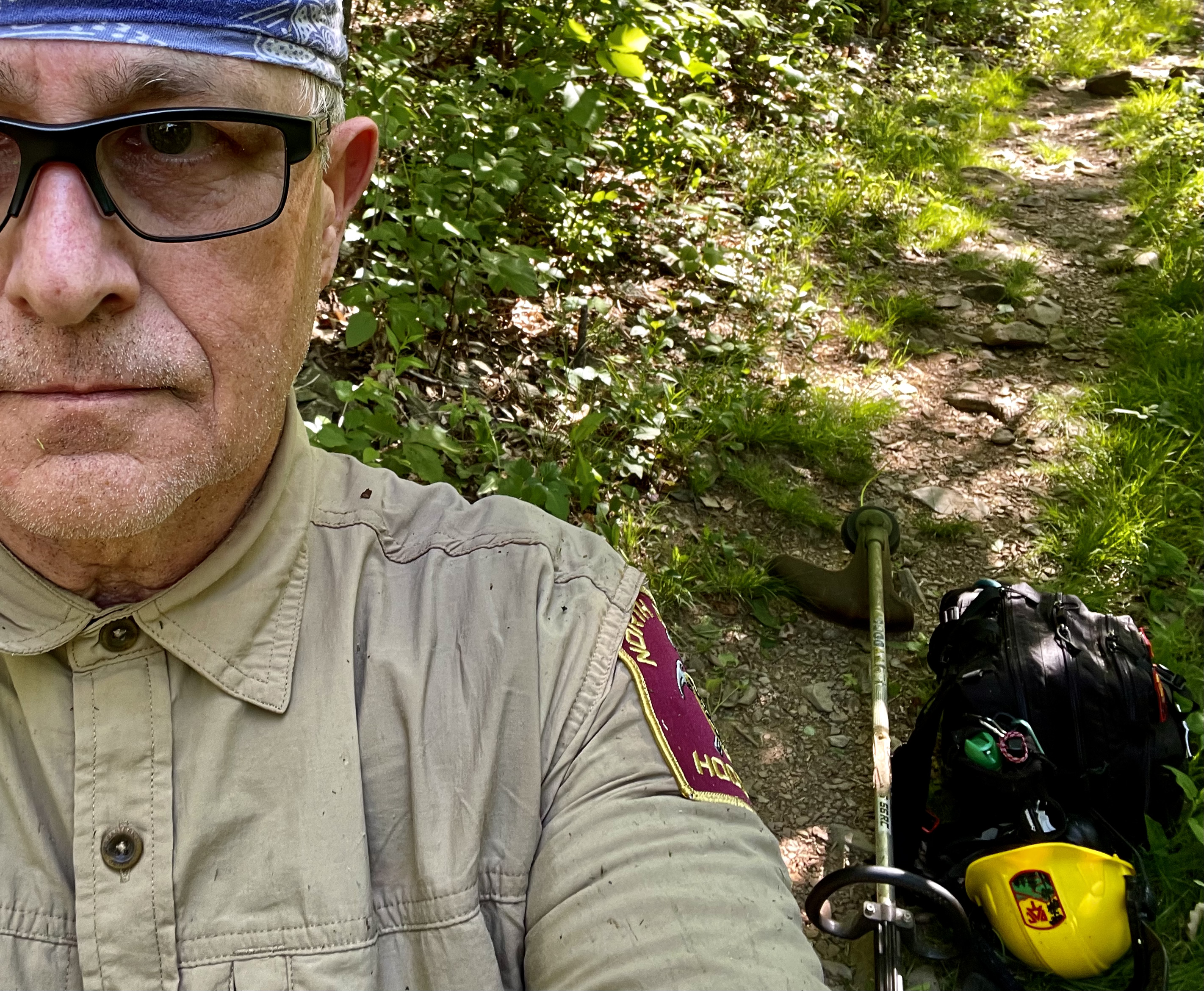 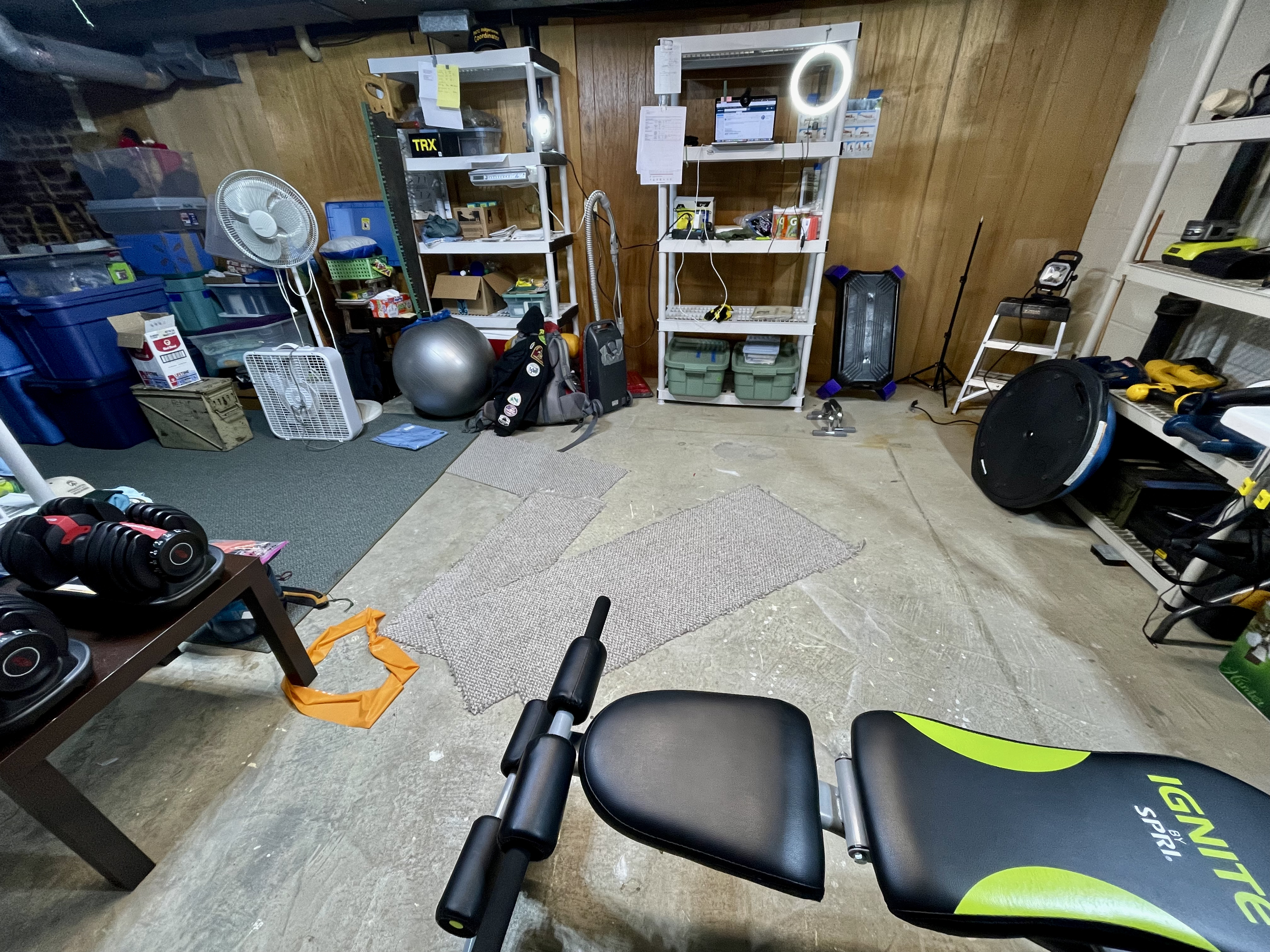 You’d think the story would end in the park, but no.  It ends in after the workout on the calendar for the next day even if trail maintenance made you sore.  Guess what, after the workout, the soreness was gone.