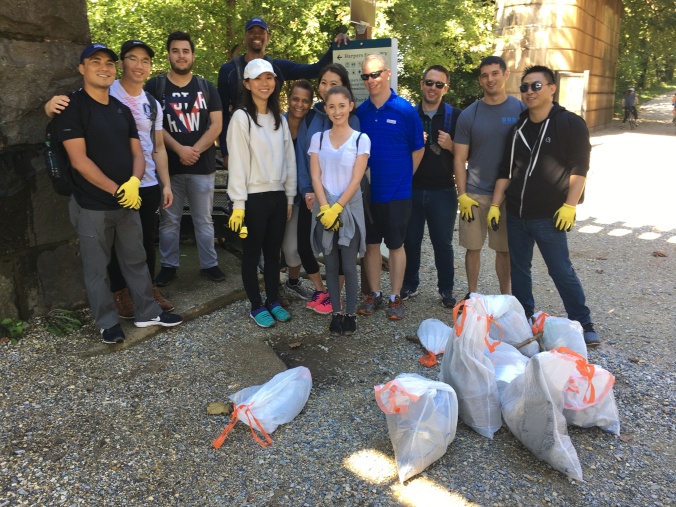 Harpers Ferry, WV.  September 28, 2018 — Many corporations have programs which allow employees to perform community service on company time.  Younger employees especially like this idea.  For them it’s a habit.  They’ve been performing community service since they were young students.

Allowing employees to do good in the company name offers excellent brand recognition while employees get to enhance morale, build camaraderie, and recharge their batteries.

Yesterday, as a representative of the PATC Trail Patrol, I led a group from the Hilton Hotel corporate headquarters on the portion of the Appalachian Trail that is co-located on the historic C&O Canal tow path. Though they didn’t know it before starting, the volunteers would visit three national parks that day – C&O Canal, the Appalachian Trail and Harpers Ferry National Park.

In ninety short minutes, these volunteers collected approximately 40 gallons of refuse from either side of the tow path and from the canal itself.

Another group covered the six miles on the AT between Gathland State Park and Weverton Cliff parking.

Thanks also to my friend Mary Thurman, caretaker at the Blackburn Trail Center. Mary acted as the sweep, ensuring that the entire group arrived together.