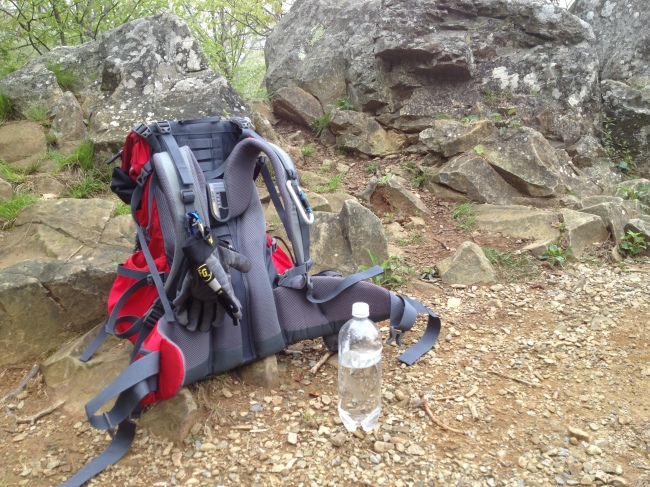 Some people know the cost of everything and the value of nothing.  That’s the rap on more than a few of the bean counters out there in the business world.

Recently a hiker I’ve been following wrote a blog post embroidered with frustration and punctuated by despair.  It wasn’t unlike dozens we’ve seen in all seasons this year when hikers have reached their wits end.  Cold, heat, sow, rain, mud, bugs, discomfort and falls all add up.  My hiker friend, who has anonymity, was ready to cash it in and go home.

Enough was enough.  The rain, mud, bugs and all finally added up.  But no, that wasn’t enough.  Then came the fall. It wasn’t the first, but this one was serious – a faceplant into a rock.  There was blood, and it hurt – a lot.  I was heartbroken for my friend.

Every hiker has an inner reservoir of mental resilience much like a checkbook balance. The balance ebbs and flows as a hike unfolds.

My friend was in a mental overdraft situation – out of gas and without the will to even take another step.  Worse yet, there were no zeros on the schedule and the nearest exit was literally in the middle of nowhere, and probably the most austere “trail town” there is with a hostel.  Its only claim to fame is jewelry literally made out of dung and we’re not talkin’ buffalo chips!  Think of it as the only fly-over burg on the whole AT.

Then a miracle happened (Enter deus ex machina.)  in the form of two unplanned zero days (2×0) notable for the hostel owner’s generous hospitality and remarkably spiked with the company of a gaggle of friendly hikers who showed up to duck some nasty storms.

Gently stir (not shake) it up over a couple of days and guess what?  Total rejuvenation.  Mental over haul complete!  Back on the trail and ready for the next challenge.

Who says zero has no value?  Sometimes a zero or two can be the difference between success and failure.  What’s that worth?