Seely-Wentworth Shelter, Va., AT NOBO mile 8–, Monday March 31, 2014 — Recapping our last episode, I attempted an 18-mile slack pack last Thrusday but was turned back by miles of thigh-high drifts that the previous day’s high winds built. With rain and warming in the forecast through Sunday, I decided to go home to give the snow time to melt.

Thursday evening, a high school classmate who just happens to live nearby rescued me. After dinner with his wife at a charming restaurant in the college town of Lexington. I spent the night at his house.

Here’s where real trail magic kicks in. Tim and his wife Brenda loaned me one of their cars so that my wife wouldn’t have to drive 2 1/2 hours to retrieve my sorry self in time to celebrate our anniversary! Tim-You da man!!! We celebrated a wonderful anniversary I might add. Thank you Tim and Brenda.

That brings us up to date. This morning Tim dropped me off at the highway 60 trail crossing and I started gnawing on the 1,800 ft lead-off climb. The snow low had partially melted where I started. Up top, the snow had settled, but all of it was still there. I eventually found myself walking in the postholes I’d dug last Thursday.

During the weekend heavy rain drowned in the Washington, DC area and elsewhere in Virginia, but without doubt, the mountain I was schlepping up had been dry as a desert. The snow was still soft. Knowing that today and the following two were in for 60+F sunshine and the snow would eventually melt, I plowed on.

I started from the trailhead at exactly 8:30 am and reached the shelter at 5:40 pm. Almost exactly on schedule. I was lucky to spend a good bit of the day on the leeward and southern sides of the mountains over which I hiked. By late afternoon bare trail was visible in some places.

Tomorrow is a moderate day with another respectable climb at mid morning over “The Priest” Mountain. People confess their sins in the shelter log. I’m not sayin’ what I’m going to write. But I can’t wait to read the log.

On Wednesday it is 22 miles between shelters leaving a short five mile jaunt for Thursday to Rockfish gap where this little adventure started last Sept. 24th. If the snow doesn’t clear, tenting somewhere along the way will be a necessity.

My old boots are leaking so much that I wrung out my socks tonight before stuffing the in my sleeping bag to dry a little. Not bad for boots with 850 miles on them. (The planning number is 500 miles.). Glad I have two new pair at home. 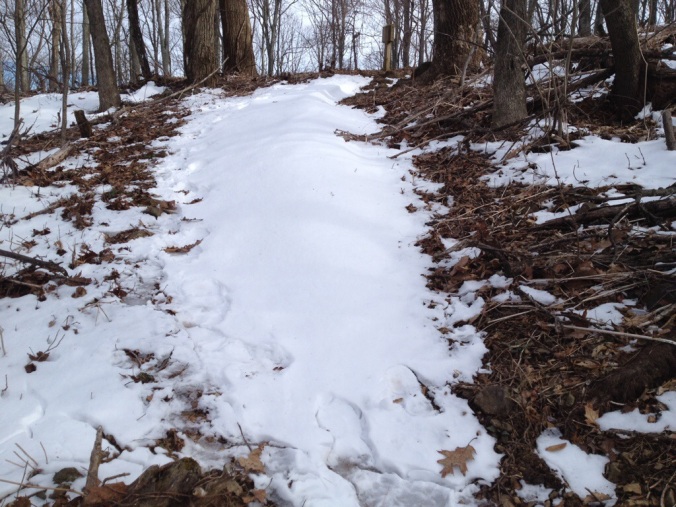 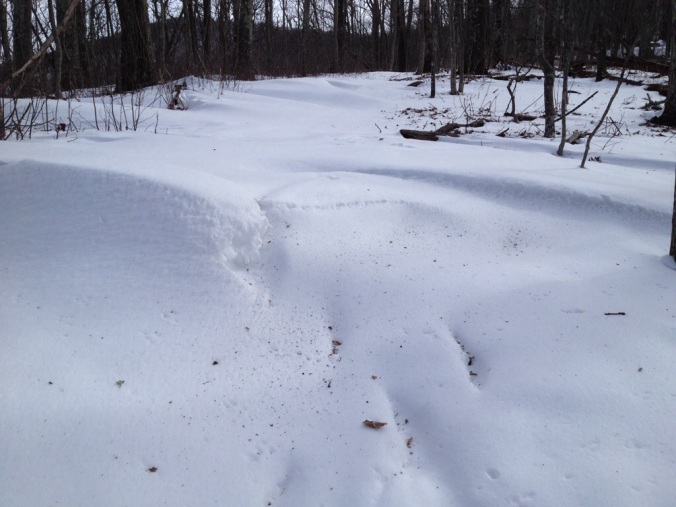 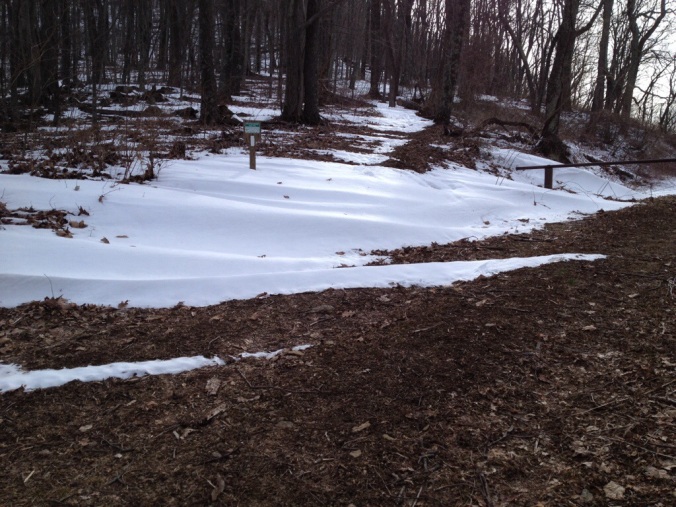