Northern Virginia, July 17 – 28, 2015 — In deference to Garrison Keillor, it wasn’t a quiet week anywhere around my town.  It was busy as could be.

We had the Appalachian Trail Conservancy (ATC) biannual meeting at Shenandoah University in Winchester, Va. where I led two hikes – more to come on that, followed by a trail construction day with an environmentally oriented youth group from Yonkers, NY called Groundwork.

In between a small group of North District Hoodlum sawyers schlepped our chainsaws up to Bears Den on Saturday to buck two large dead trees that were felled by professional arborists.

Did I mention that the daytime temps averaged over 90 F with high humidity the whole time?  So there I was, producing infinite amounts of sweaty washing while our still-under-warrenty washing machine awaits a new motor.  No, I have not sublet any space at our house to anyone named Murphy. 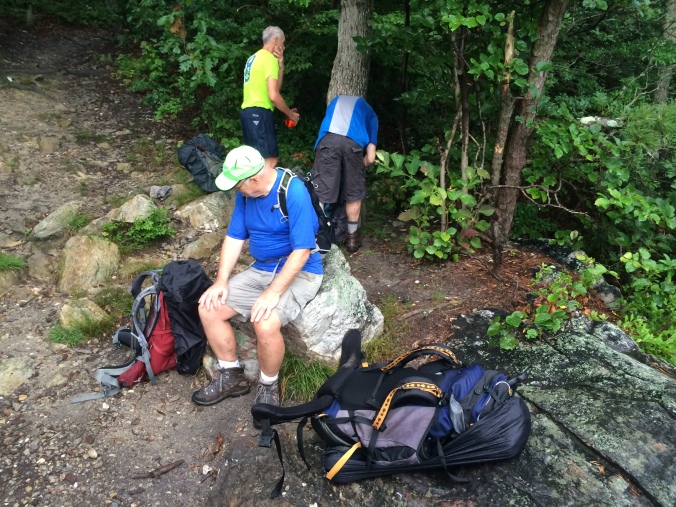 The first hike was a strenuous 16-miler on the AT  from the Reno Monument on Maryland’s South Mountain south to Harpers Ferry, WV. The heat took its toll.

The second hike was a five-miler on the First Manassas civil war battlefield on the 153rd anniversary of the battle to the day. It was hard to imagine what it was like for the soldiers who wore woolen uniforms in suffocating heat and humidity.  This is at the “stone bridge” for those familiar with the battle. 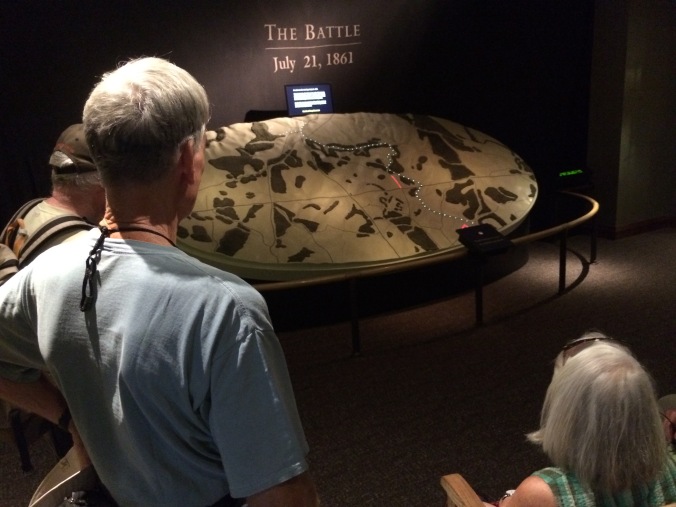 We started the morning with a preview of the battle in the visitors center.

This stone house and former tavern served as a hospital during the battle. The battle’s culmination point on Henry Hill is just above this structure.

At Bears Den.  The sawyer was approximately 80 feet in the air. Couldn’t pay me to do that.  This dead tree plus another threatened to block the access road if blown down in a storm.  The need to preempt that is self evident.

A severed branch smacks the road with a big boom!

Wearing my sawyer hat.  I need to iron my neck and maybe use some spray starch. 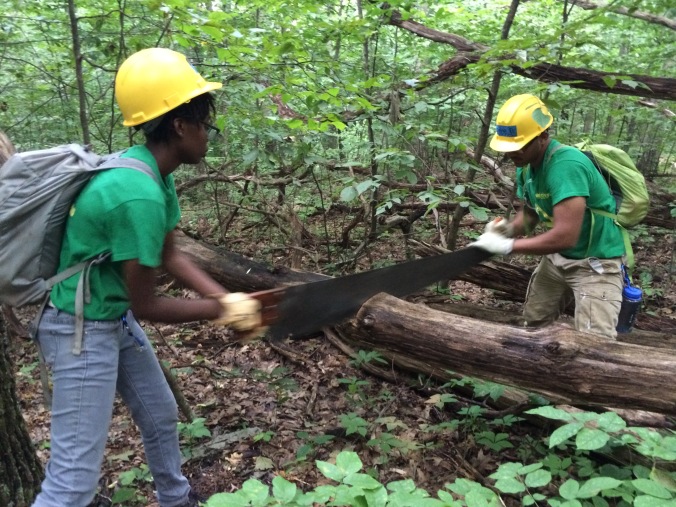 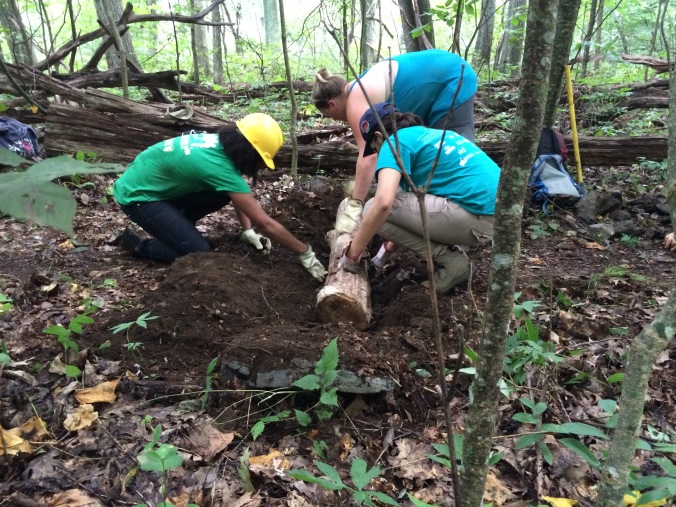 Working Hard! It’s important to make the experience hands-on.  Here the kids are building a check dam which is a structure designed to slow water. 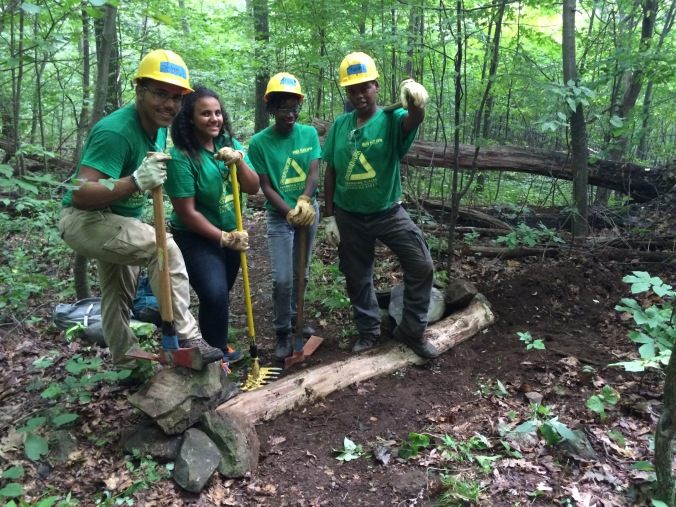 Completed waterbar – a structure designed to direct water off the trail.