Pine Knob Shelter, MD, AT NOBO mile 1042.5, Thursday April 17, 2014 — The end of spring break is usually marked by Passover and Easter, and the Easter Parade strolling has commenced.

What I mean is that “everyone” in the state of Maryland seems to be out hiking. Today dozens of families, folks and count ’em, three Boy Scout troops passed me marching south while I was headed north. Mind you, all this company isn’t all bad. After all, it was a long lonely winter. There is a price to pay, however.

Around 4:30 I reached my intended stop for the day just as scout troop number three was pulling in. Now if you’ve ever camped near a scout troop, you know the odds of having an “uninteresting” experience are equal to winning at roulette.

I decided not to take my chances and stumbled on to the next shelter. I say stumble because the rocky trail in Maryland may be able to give Pennsylvania a run for its money. Let’s just say that my left leg is flirting with shin splints which I will treat tomorrow by wearing a compression sock while hiking.

The decision to drive on was a good one. I’m with three teachers, a PhD student in bio chem, and two ladies of a certain age. Good company all.

I feasted on trail treats today. We hit the Civil War newspaper correspondents memorial, the original monument to George Washington and the AT foot bridge across I-70.

The latter is important because driving under it was the first time I actually knew where the trail actually was. It was then that I renewed my desire to take this hike – 1985. 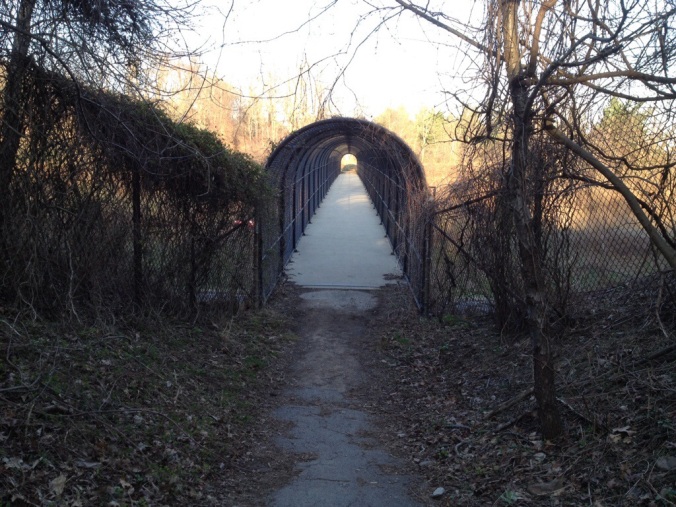 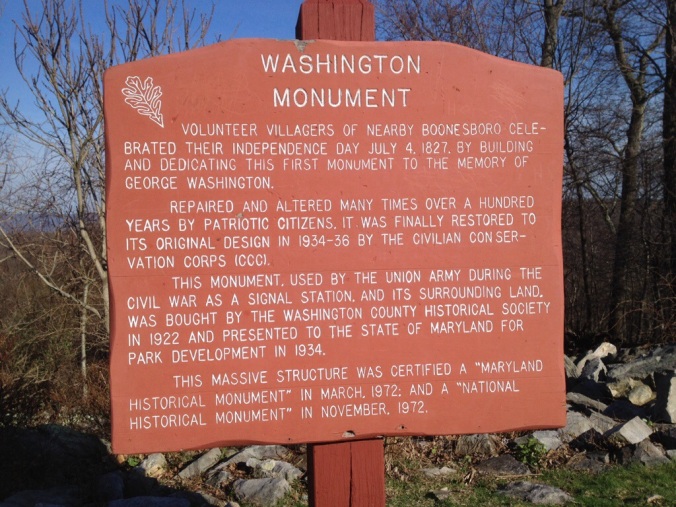 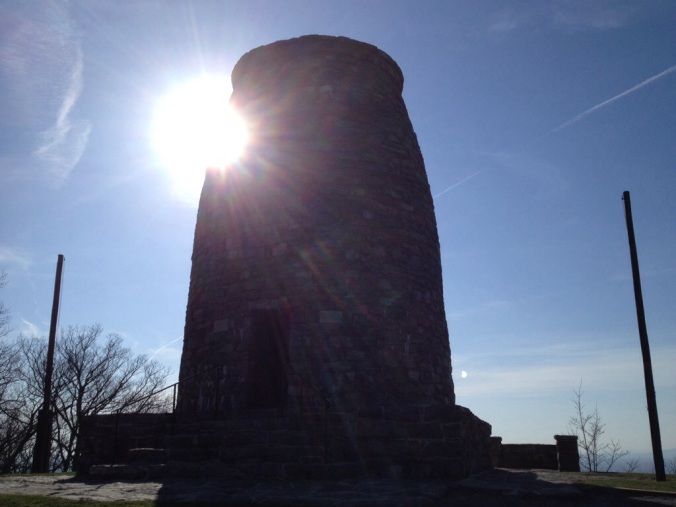 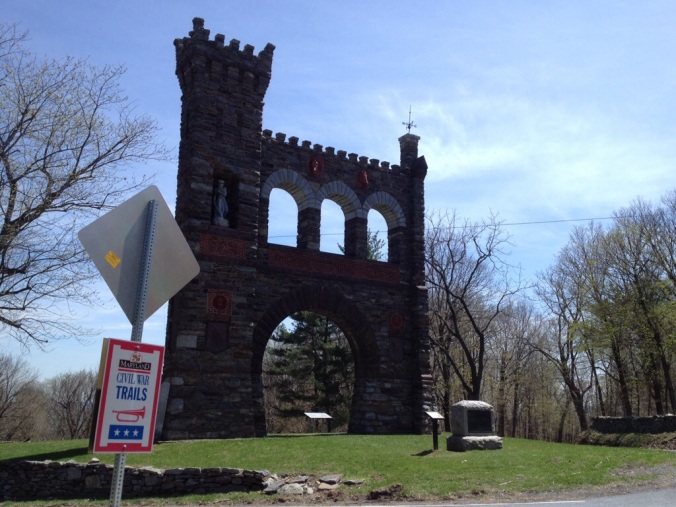