Port Clinton, Penn., AT NOBO mile 1213.7, (14.8 mile slack pack) Tuesday April 29, 2014 — This morning we were greeted by leaden sky blacker than the local sequestered carbon known as Reading anthracite. That’s a shade of dark a well digger might recognize.

The trail keepers challenges were diabolically designed to keep the unworthy at bay. We were about to endure an ordeal.

The first escarpment is the definition of up. One thousand vertical feet in less than two miles, most of it in the first half mile. Coated with friction-free leaf litter, only the strongest could withstand this trail.

As our poles punched us skyward step by labored step, Mariah howled her ominous warning through the still barren tree tops, twisting and turning them with groans of icy agony. “Enter ye not here. Go no further!” they seemed to scream.

We pushed onward and upward through Mariah’s chilly breath, our backs glistening with the salty liquor of our agony. As we paused to catch our flying breath, the rhythm of our hearts seemed to beat like jungle drums warning of intruders.

We had been cautioned, but our quest was forward. There would be no turning back, no matter what. We hiked on, our senses straining for early warning.

Frigid tears of terror began tearing at our courage. There, on display in warning to all intruders, were two pair of jeans once lovingly worn by others who had passed this dark place.

What was their owners fate? How did they come to be here? Was there meaning for us? What could happen to us?

We pressed on, Pepsi Hiker and me, nerves raw and senses strained. By now, we were four miles in with only one way to go according to the white blazes.

Not even a drenched mile further we spied an orange work glove twisting by its wrist in a sapling. Another unambiguous sign. What had become of its twin? We could only hope.

Our quest was Eagles Nest Shelter now lost in the tangled and rock strewn wilderness before us. There we would find respite and a dry haven to eat lunch. At this point it might have been Oz or Mordor for all we knew.

Then our hearts sunk. There it was, just above eye level. There was no missing it. Someone’s bright green baseball hat, spiked on a limb as if on a Roman pike, symbolizing the fate of those who dared, hard rain crying from its brim.

“Where was the head it once crowned?” I worried.

“Turn back!” it seemed to say.

If I were still in the Army, I would have ordered, “Fix bayonets!” I’m not, so instead I searched for the next white blaze with rain stained glasses, the hood of my rain jacket cinched tightly to my face.

Along the way the trail keepers set rock traps. Lots of them. By now stumbling through them has become standard locomotion. I think little to nothing of them. They hardly count anymore.

Did he really say that about Pennsylvania rocks?

The wind howled, the rain whipped, and the rocks tripped, but Sisu and Pepsi Hiker pressed on against all odds.

At long last the trail to the lost shelter turned up, its signpost downed in the mud. We planned a hasty assault and liberated the hovel with dispatch.

The loss of body heat during lunch was profound. We smacked down a couple of chocolate bars each and pressed on.

Just as we returned to the AT we smacked into Herr Yodel, a German section hiker I first met at the Iron Master’s Hostel in Pine Grove Furnace. He as planning a weather zero for tomorrow too, so expect him to turn up in this saga again at some point.

At this point we had found the lost shelter and the icy rain had chilled my imagination, but the Indiana Jones meme may continue. Stay tuned for further episodes.

BTW, all stray clothing mentioned in this story really existed as described. No names were changed to protect the innocent.

Hunkering down with warmest regards, Sisu 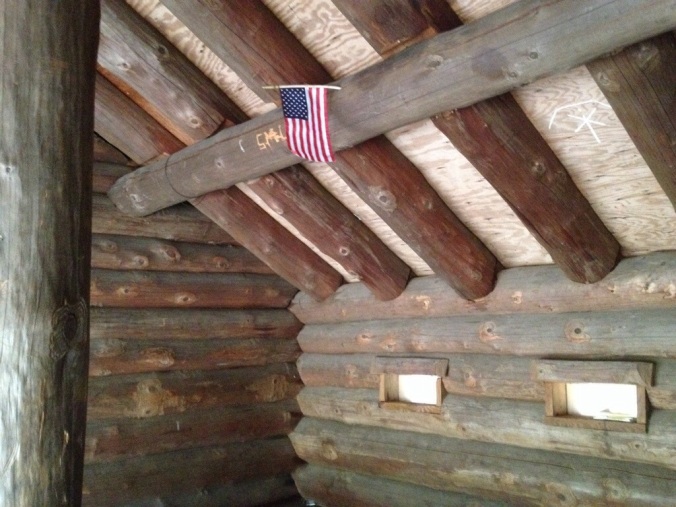 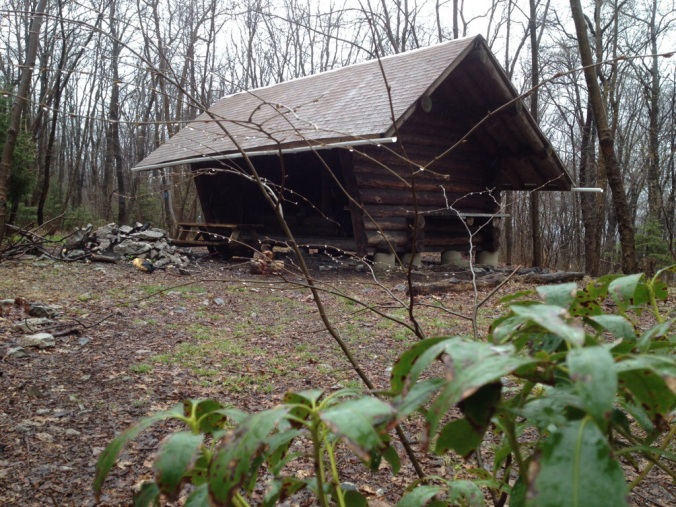 5 thoughts on “Indiana Jones and the Lost Shelter”