The Hemlocks Shelter, Mass., AT NOBO mile 1509.1, Friday May 23, 2014 — The best thing that happened today was crossing into Massachusetts. Everything else was wet.

We met two women of a certain age at the shelter last night. They were up and moving at 0430 which is really early. Later when we passed them on the trail we realized why. They were slow, really slow, but at least they were out here.

The rest of the day was marked by slick wet rock. Toward the end we has two steep climbs in Mts Race and Everett. The climb up Everette was especially brutal – vertical slab rock most of the way.

Both Swayed and I practiced our John Wayne bite the dust impressions several times. It was slow going. We’d planned to reach this shelter by 5 pm. Instead we showed up at 7:30 pm.

I sent my rain jacket and gaiters to Hanover, NH from Kent. I received substitutes, but guess what? They aren’t good enough. Live and learn, yes. Add a week’s worth of rain to the mix and I will learn a hard lesson. My sleeping gear, sans Sleeping bag is working just fine. 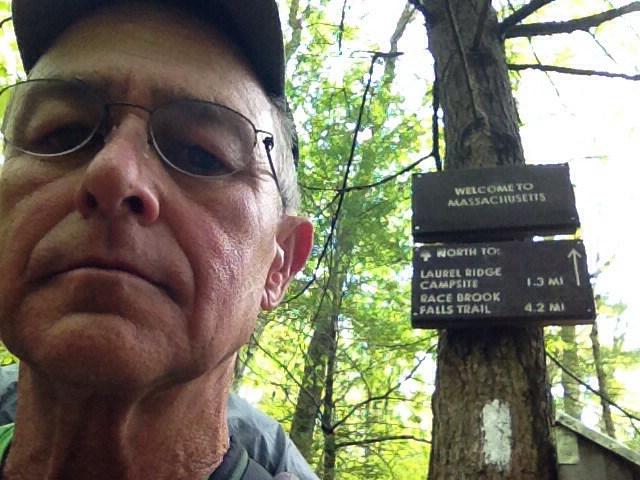 2 thoughts on “Another state.”