Upper Goose Pond Cabin, Mass., AT NOBO mile 1,544.6, Saturday May 25, 2014 — As darkness slipped its velvety cloak over the woods last night, the stars twinkled in a clear sky for the first time in three days.

The six of us at Tom Leonard Shelter drifted off to sweet dreamland shortly after hiker midnight with joyous anticipation of a clear day and dry rocks. It doesn’t get better than that out here.

Our sleep was shattered by ominous scratching noises. Now mind you that being inside a shelter is akin to the sound chamber of a guitar. Everything sounds loud.

These were loud. First thought: bear! Second thought: Why would a bear be scratching the walls of the shelter? That’s not where the food is. So we listened and turned on our headlamps.

Nada. We couldn’t see a thing, yet the persistent noise continued. Edgar Allen Poe couldn’t have scripted it better.

Enough already! I slipped my shoes on to go take a look. In the process I made some noise and the Poe-etic sounds ceased.

As my light swept the area around the shelter, the south end of a northbound porcupine could be seen as it waddled away. Mystery solved and drama over, we all returned to snoozing.

The porcupine sighting also explained a number of divots chunked out of the picnic table, the edges of the shelter bunks and the leading edge of the front platform. It appears they like the salt human touch leaves in the wood.

It was a long 20+ miles into Upper Goose Pond where an two story cabin offers hikers safe harbor, swimming and a free pancake breakfast. It’s run by volunteer caretakers and the Appalachian Mountain Club.

Tomorrow will end just short of Dalton where my bruised feet will get a much needed day of rest. The weather was fabulous today and the walking worthwhile. 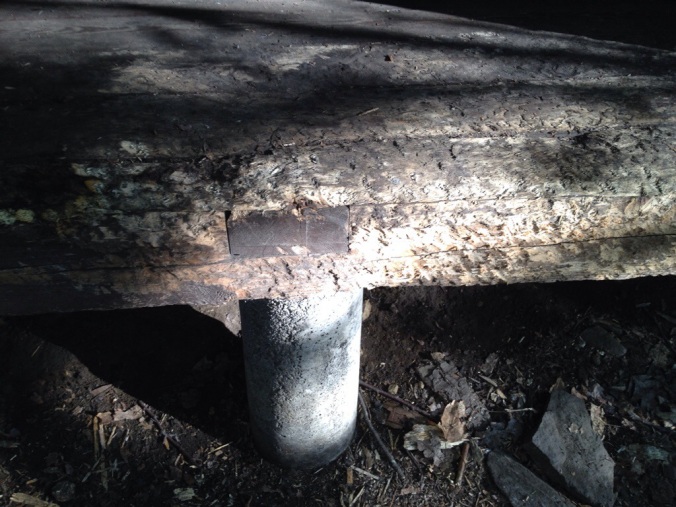 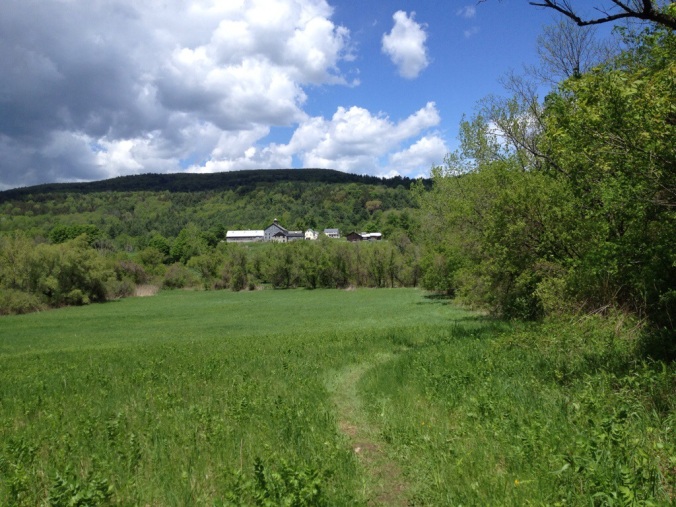