In fact, the fog shrouded valley looked far kinder and gentler than it actually was. Long ago glaciers scooped out Mahoosuc Notch from a great block of metamorphic rock. Over time house-size and larger boulders tumbled from the steep canyon walls to the narrow valley floor and formed either the world’s best obstacle to tank traffic or a jungle gym for hikers.

To anyone with moderate rock climbing experience, the great boulder field is a welcome diversion. For others, it could be a bit of a challenge.

With that in mind, the whole shelter awoke hoping for an early start. As we packed up, an ominous rumbling punctuated the atmosphere. No, nobody had lentils for dinner. Thunder has an unmistakable sound all its own at six-thirty in the morning.

Swayed and I were about a quarter mile from the shelter when the pelting rain sent us back under cover, not for fear of rain, but out of respect. We know how dangerous rain-slickened rock can be. Fortunately the sky cleared in 20 minutes and we launched our adventure.

The ice in the crevasses worked like a Roman frigidairium and cooled the air in the boulder field at least 20 degrees. The effort required to navigate the boulders, canyons and tunnels should have generated copious amounts of sweat. Instead I was dry as a bone and cool as a cucumber. The cool temperature was exhilarating. Unfortunately my glasses fogged every time they came in contact with the day’s hot and humid air.

We made it through the boulders in about three hours. That’s far slower than some and a bit ahead of the average time of three and a half hours.

Simply put, I had a blast, even when I had to push my pack through a rock tunnel. I have video when I can post it. Mahoosuc is on the list of places I’d like to revisit in the future. Mark it down.

After Mahoosuc Notch is a gentle little slope (not) called Mahoosuc Arm. Not a nice place. I was ever so happy to be climbing. I can’t imagine descending in good weather or bad. Let’s just describe the Arm as a black diamond ski slope made of hard-hearted stone.

Tomorrow we’ll be at the Pine Ellis Hostel from which we’ll be doing some slack packing and avoiding Hurricane Arthur. Slacking has got to be easier on the knees than what we have been doing. 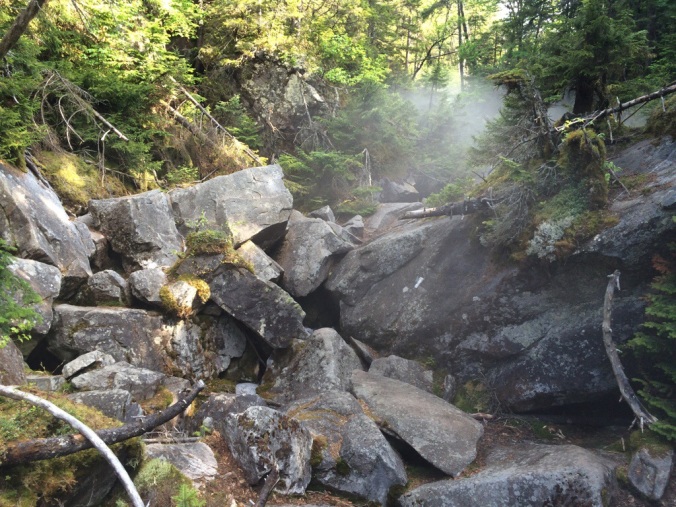 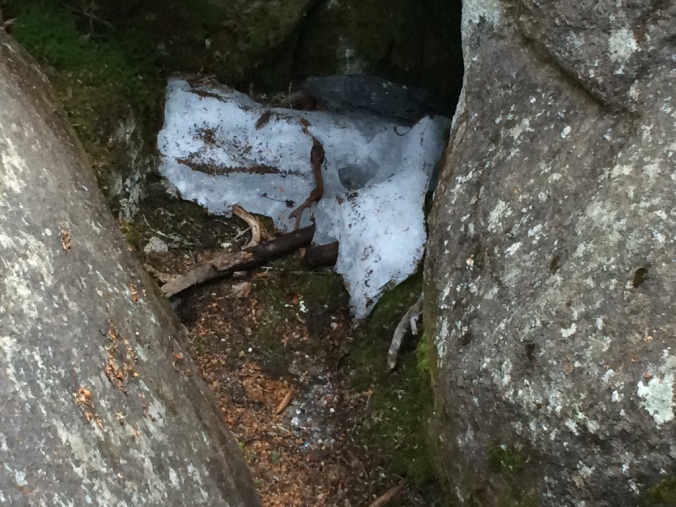 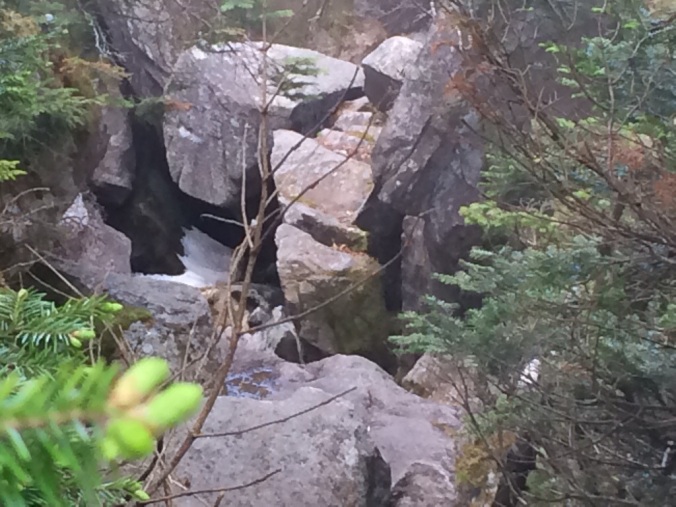 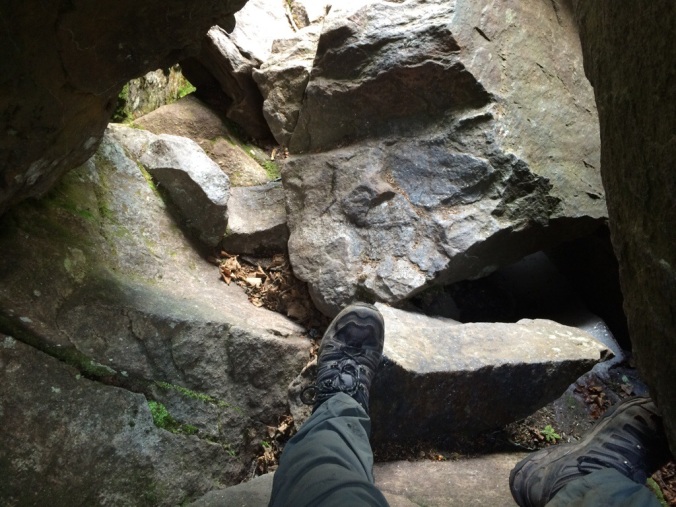 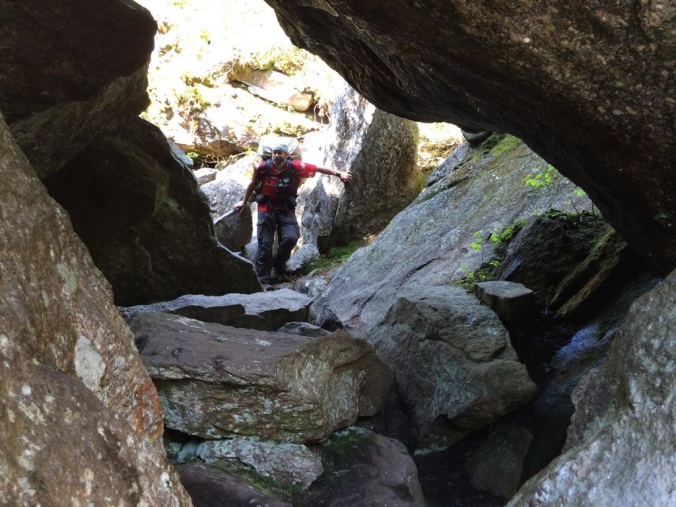 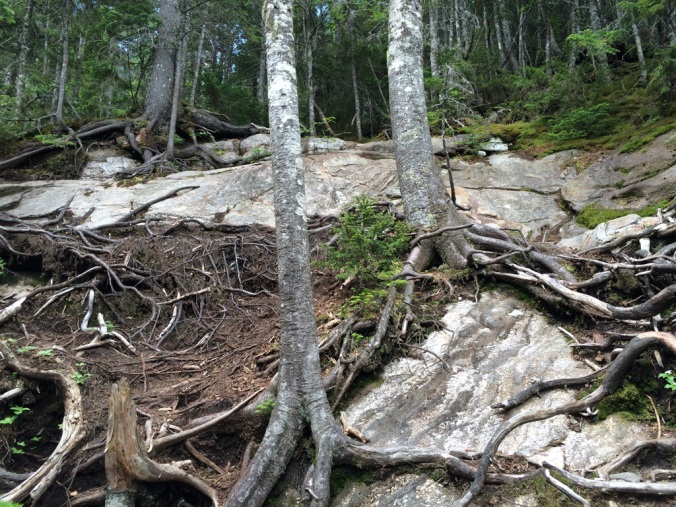 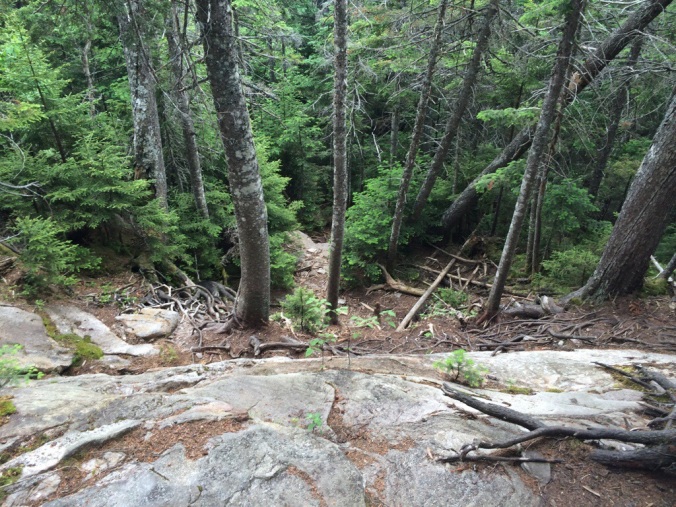