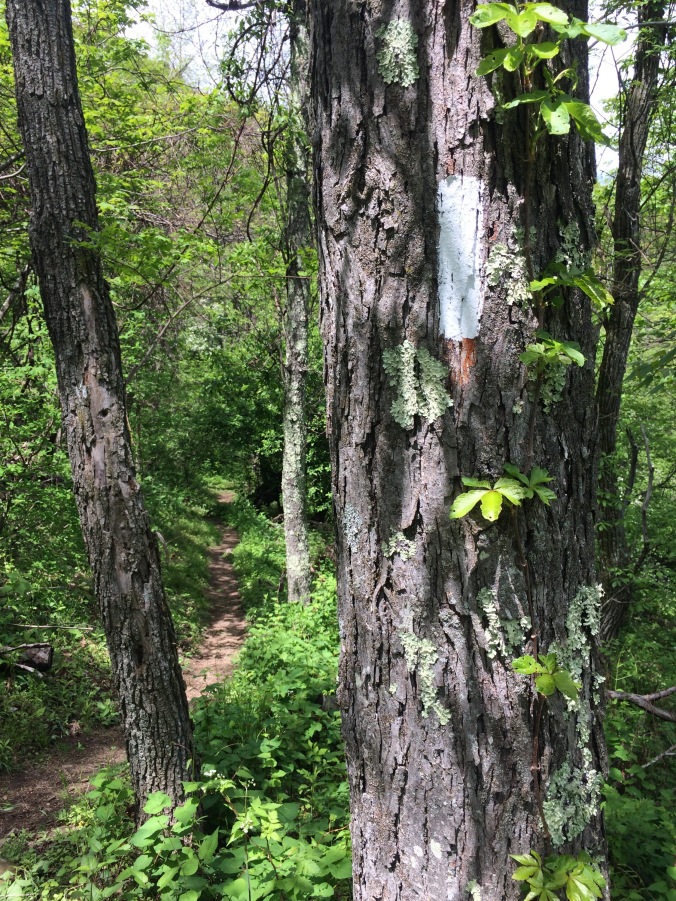 Shenandoah National Park, VA, Saturday and Sunday May 16 – 17, 2015 — The Hoodlums trail work weekend was pro forma until it wasn’t.  I came up Friday to jumpstart the week and work on the section of the Appalachian Trail (AT) for which I am responsible as an overseer.

Rain was threatening but I still managed to muck out and repair six waterbars. They are structures placed at a 45 degree angle to the trail that direct water off the trail, thus preventing erosion. I’ll write in more detail about infrastructure and how it is built at another time. 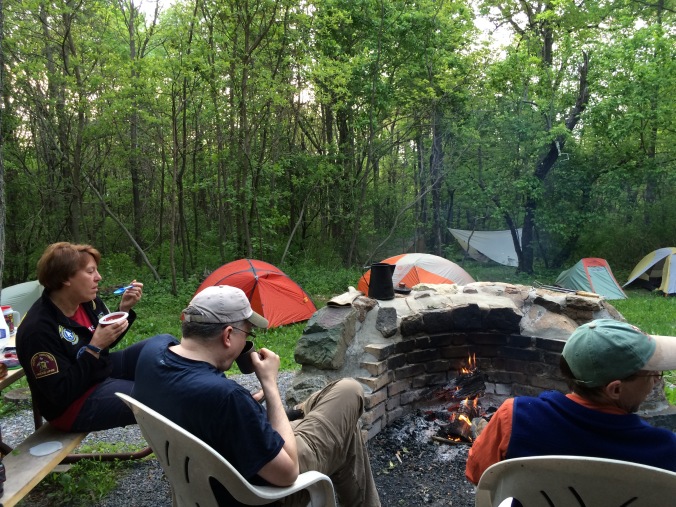 Friday evening was uneventful as several members of the gang gathered at the Indian Run Hut to camp and save a long early Satursay morning drive.

With rain in the forecast we were hoping to get our projects done. A ton of chainsaw work was on the list. My team was assigned to rebuild a troublesome chunk of a popular side trail in the park. 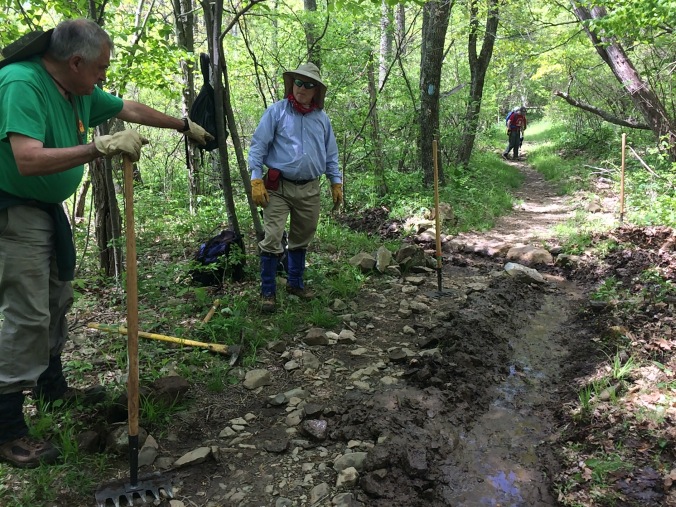 Luck favored us and everyone got ‘er done and we retired to the Elk Wallow picnic area for our Cajun themed pot luck. 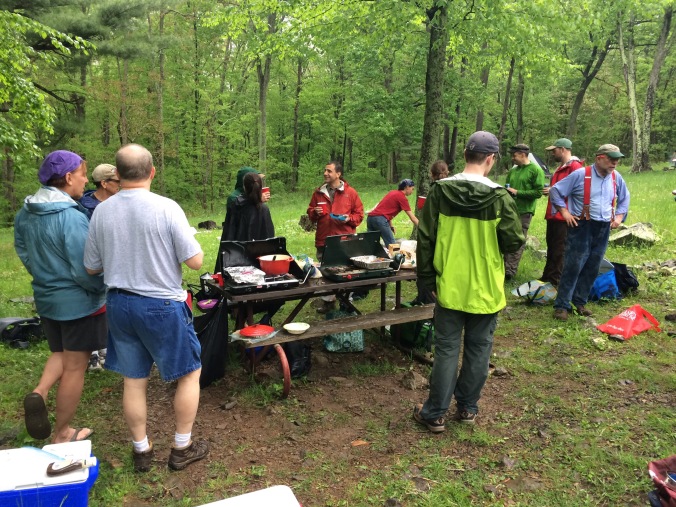 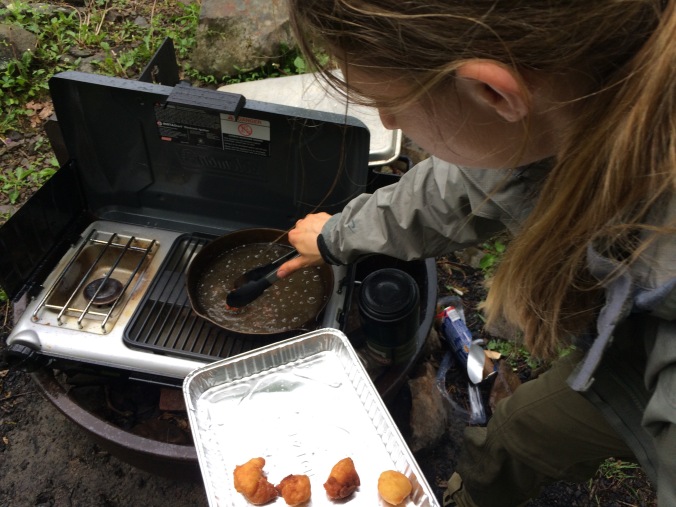 Well, we almost finished our dinners before the sunshine changed to its liquid form. We hustled into our rain gear and continued to chow down. There are no covered pavilions under which to shelter so we noshed in a light rain – another delight I remember from my Army career. 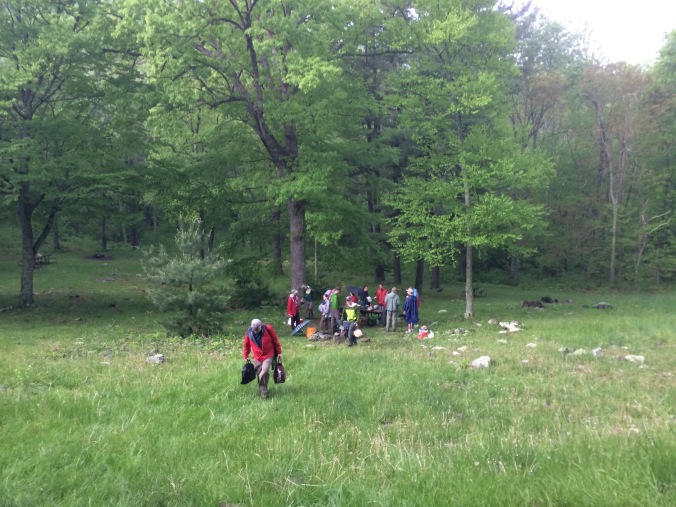 Just as we were about finished, the sky opened up. It was over.  We broke for our cars, most of us sopped through to the skin. A few of us returned to Indian Run where we have an awning to continue in front of the fire.

Dry clothes beat a hot shower that night. I was sleeping in my hammock for the first time in the rain too with prayers that I would stay dry.  I did in spite of a heavy barrage of thunder and buckets of rain. Yea!!!

Sunday was penance day. The most onerous task for maintainers is weeding. Since vegetation is the vector for Lyme disease bearing ticks, this task is the most important thing we do for those using our trails.  Sweat stung my eyes for seven hours. Finally exhaustion and the swing blade won. Most of my section got done the rest will have to wait.

Tomorrow starts crew week. Our first task: breaking big rocks into little ones. There is some doubt about it.  Rain continues in the forecast and you don’t swing slick-handled sharp tools and heavy rock mauls in the rain, that is unless you have a death wish. Time will tell. Stay tuned…

6 thoughts on “A Soggy Weekend”