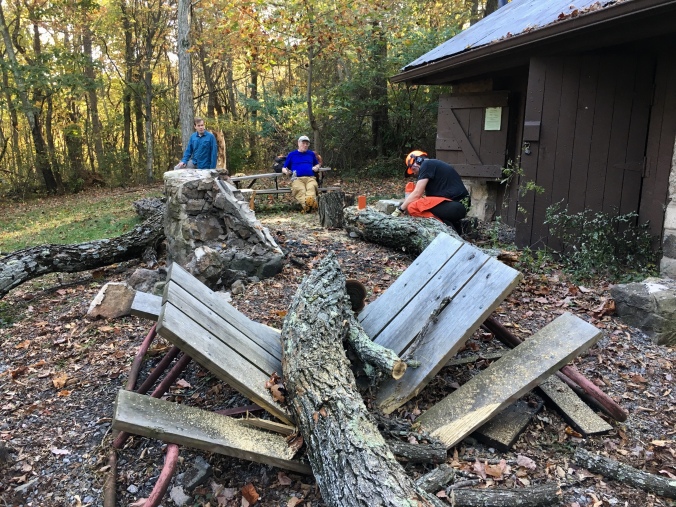 Shenandoah National Park, October 20 – 21, 2017 — Imagine finding a 50-year-old locust tree prostrate on your favorite picnic table like a drunk passed out in a dark alley.  Most of us didn’t know this stately friend had a problem.  Regardless, there it was.

The Hoodlum’s crew weekend was off to an exciting start.

We suspect the last gasp of one of the recent hurricanes was responsible for doing a number on this poor tree that used to live at the Hoodlums trail crew hangout at Indian Run.  The tree’s lush leaves fooled us.  Termites had found its heart.  It was weakened and didn’t need much to do it in. 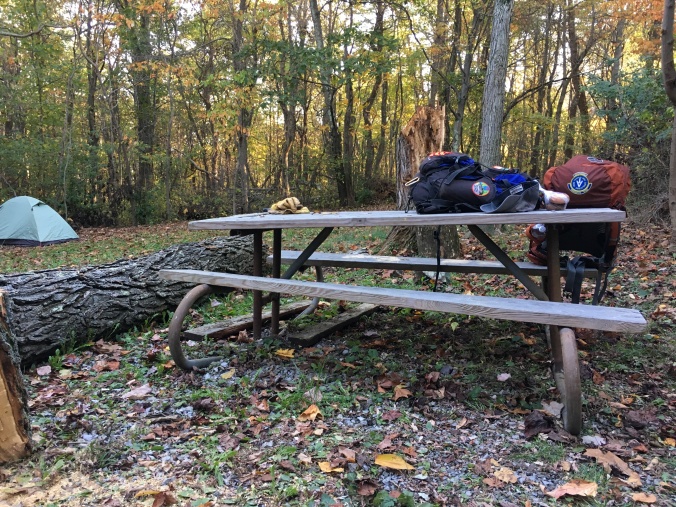 On its way down or on a bounce, the dearly departed tree crunched our backup picnic table too. To add to the misfortune, we replaced the wood in each of the picnic tables only a year ago.  Damn!

The good news is that the Indian Run maintenance hut suffered no damage. Amen! 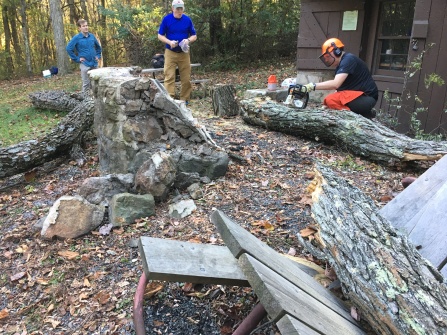 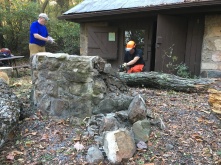 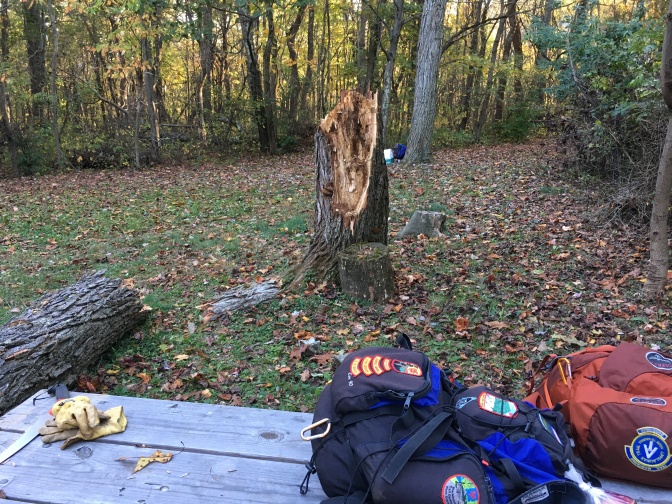 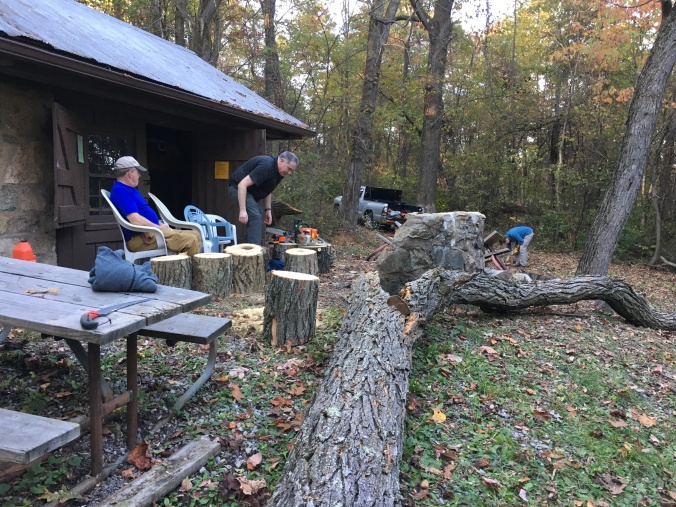 The fire was built on schedule.

The Hoodlums worked Saturday as scheduled on various trail repair projects with a small work party assigned to clean up this tree.  Bottom line:  We’ll have enough firewood for a next year.

I was in the park earlier on Friday to work on the AT section I maintain and to get ready for a large work party assigned to help me finish rehabbing its erosion control structures and remove two blowdowns.  After all of the leaves are down, I’ll make a trip to rake them out of the waterbar drains and put this puppy to bed for the winter.

A dirt waterbar called a grade dip.  We’re getting away from using logs and stone whenever possible. 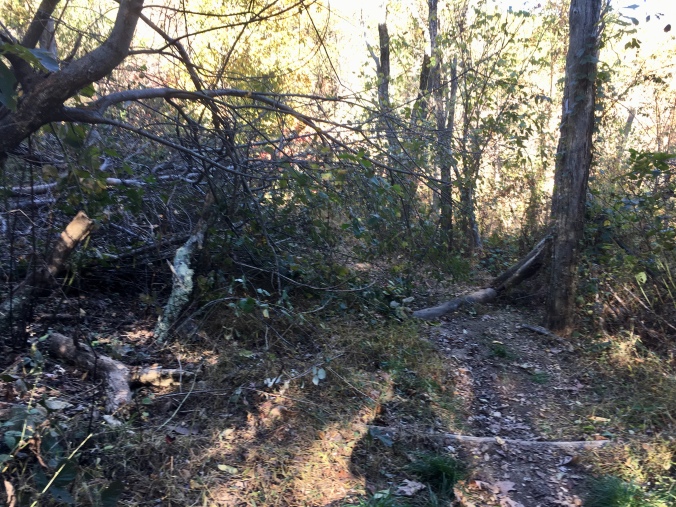 A downed apple tree in an old orchard through which the AT passes. 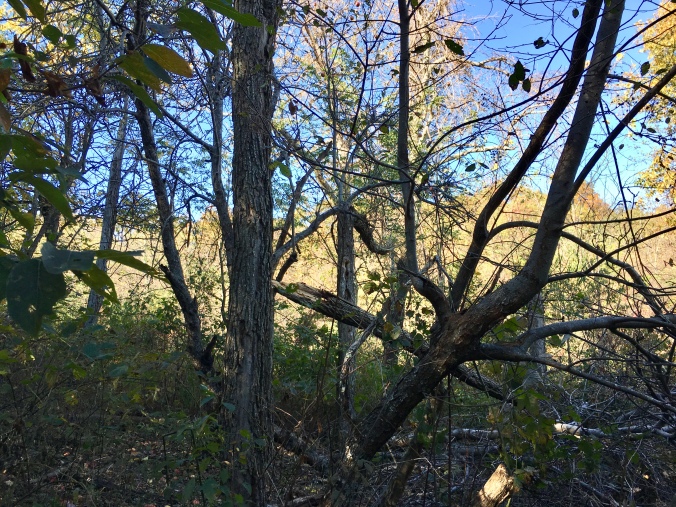 My guess is that a bear was climbing the tree an broke off a large limb.

There were dozens of apples on the ground.  This is unusual because the bears and deer love them and normally by this time, they are no longer on the market.  The mast (food) has been excellent this year.  The immediate area is full of oak and hickory trees and the nuts, apples and berries have been overstocked in contrast to two years ago when there was virtually nothing because of drought.

The potluck theme was Oktober Fest.

The kraut and brats were yummy.

One thought on “A Remarkable Blowdown”