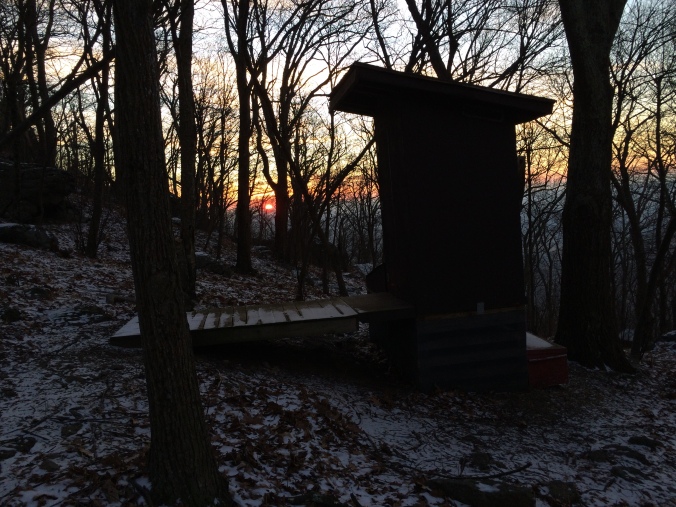 A composting privy on the Appalachian Trail

Shenandoah National Park, Pinefield Privy, May 18, 2018 — People gotta go and privy’s fill up with you-know-what.  They are, in fact, full of shit.  What happens next isn’t exactly discussed in everyday polite company, but we’re going full frontal and will deal with it right here and right now.

This is a composting privy. (Click here for explanation.)  In Shenandoah, they are built over two large bins.  One composts while the other serves on active duty.  After the composted material is emptied, the roles are reversed when building slides over in a dance move worthy of a Broadway production.  The lid on the composting bin is angled so rain runs off. 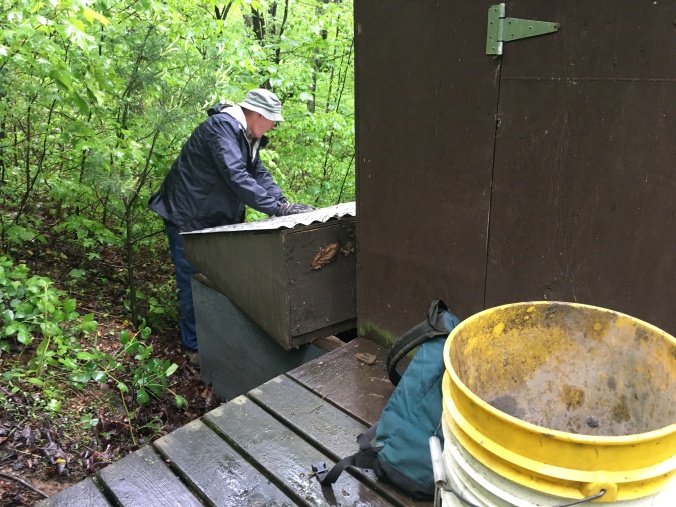 It was a dark and stormy night followed by a wet and soggy day.  The Crapper Crew – yes it’s a real entity – approached the objective with the aplomb of a couple of teens on a first date.

In the Army we called it shit detail (Click here for Urban Dictionary definition).  That’s when you get assigned to a particularly unpleasant or worthless task like cleaning the mess hall’s grease trap.  In our case, shit detail isn’t particularly apt.  This is important work. 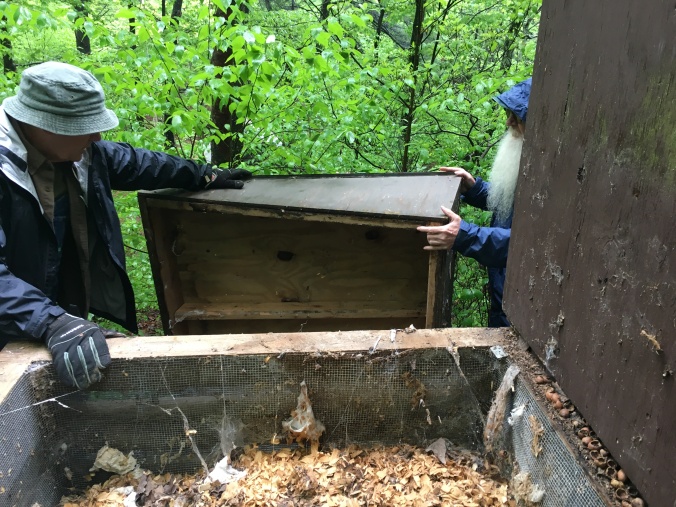 We wrestled off the lid to reveal the stuff generally hidden from public view. 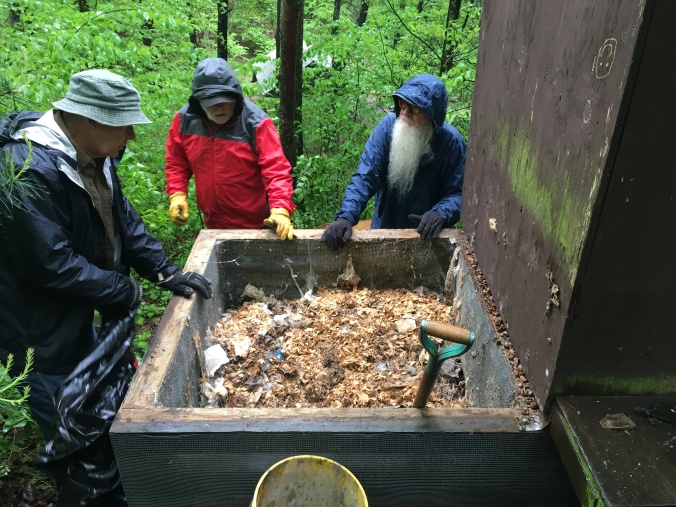 The patter of the gentle rain offered a muffled drum roll, as the composted manure saw daylight for the first time in two years. 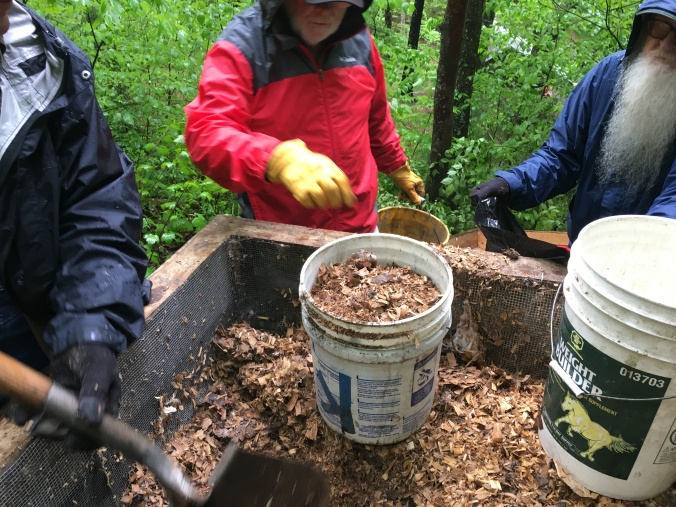 The process is pretty simple.  The compost is shoveled into buckets. 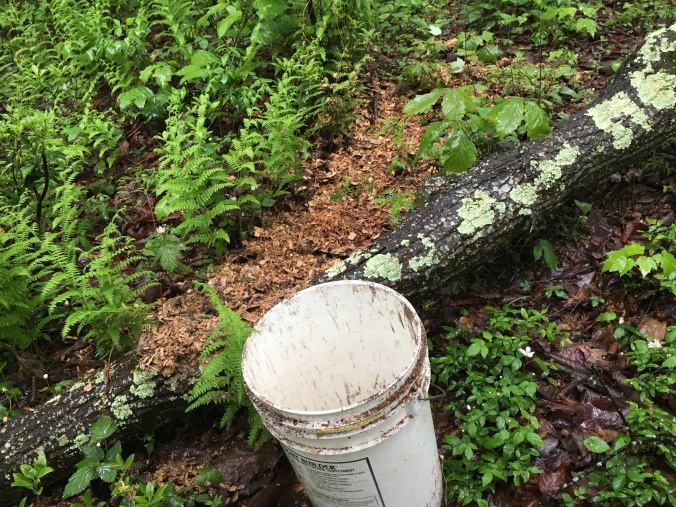 Then the bucket loads of clean compost are scattered in the woods. 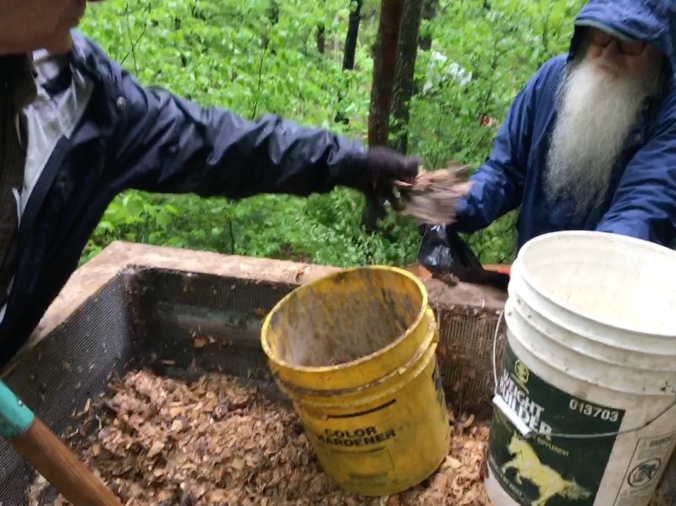 The problem is that the compost isn’t always clean.  Wipes and feminine products do not compost no matter what the packaging might say.  Your stalwart Crapper Crew volunteers have to fish this stuff out by the fist full.  We filled a 30-gallon trash bag.

In addition to the wipes, why people think it’s okay to drop other trash in the privy is beyond me. 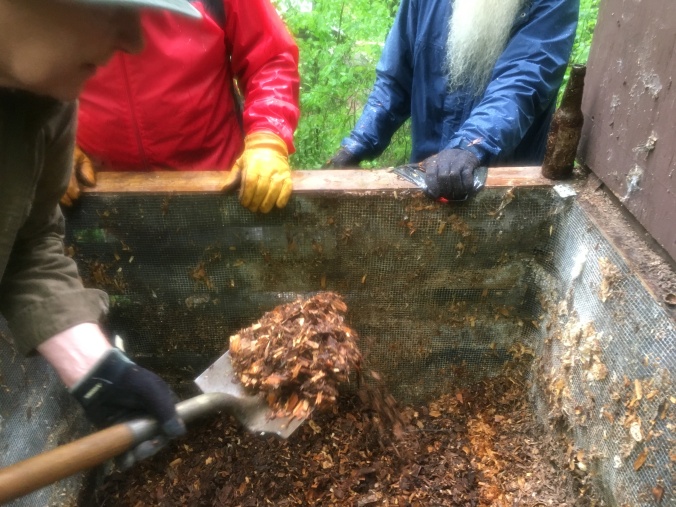 Who drinks beer in a privy? 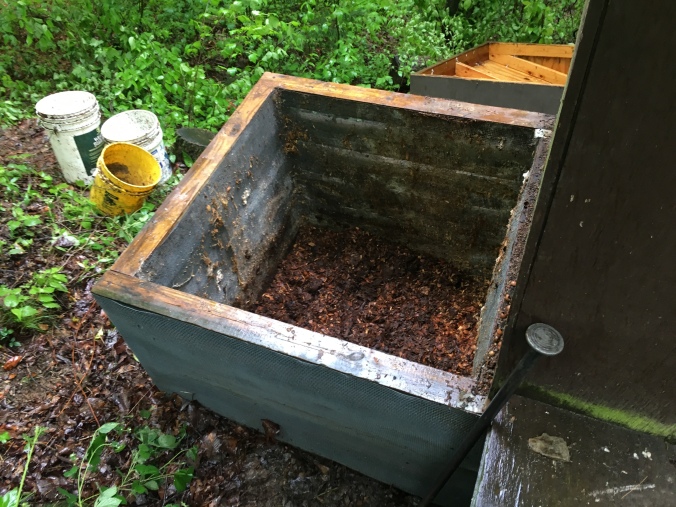 Empty bin.  The digging bar to the right is used to loosen up the compacted compost at the bottom of the bin.

Now for the good part.  The “out house” structure is detached from the frame in preparation for its “Electric Slide” atop the empty bin. 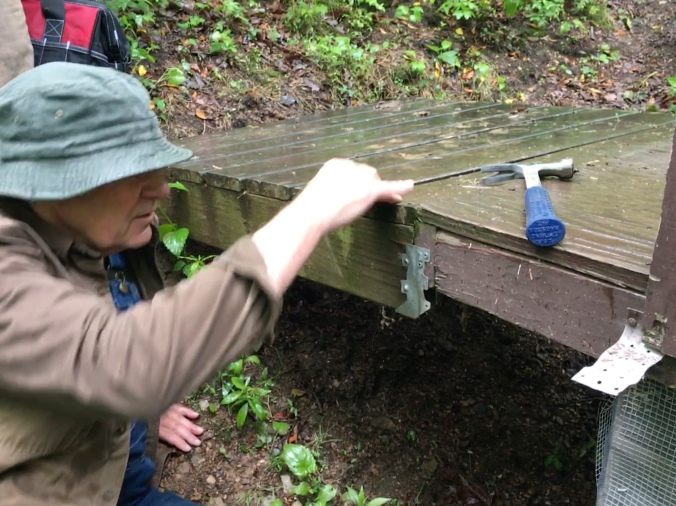 The ramp also has to be amputated and reattached  in the new position.

The so called cone of deposition is leveled

Fresh wood chips cover the pile like cake frosting.  Poopers themselves should cover their business with wood chips after each use. The chips aid the aerobic composting process. 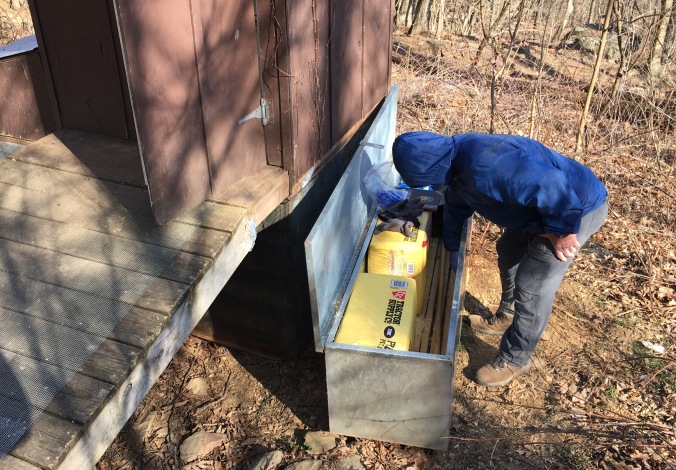 The wood chips are supplied by the volunteer shelter overseer and stored in a locked container nearby.  The overseers and ridgerunners have the box combinations and restock the wood chip buckets found inside the privies and also knock down the cone each time they visit.  The term of art is “knocking the privy.” 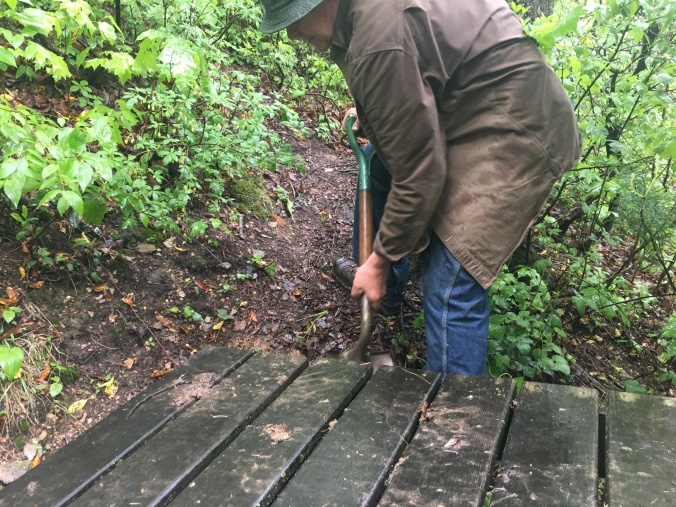 The ramp is reattached.  A little leveling was necessary.

Answer:  The compost does not smell.  The active side has little smell except when poopers don’t add enough wood chips.  That’s especially obnoxious in mid-summer heat and humidity.

Now you know the the full story.  Happy pooping!

Privy humor at the Trapper John Shelter in New Hampshire.