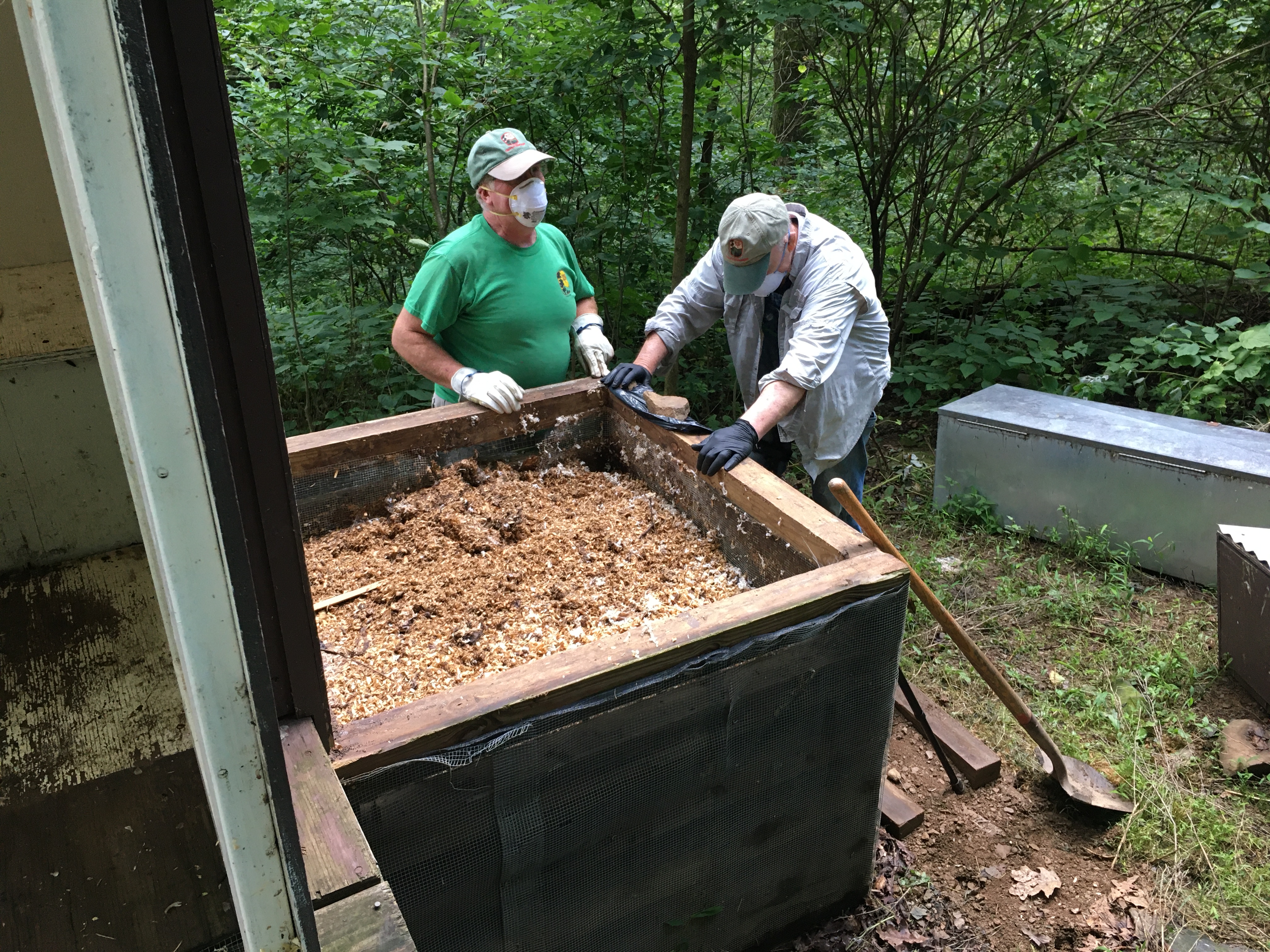 The corrugated bin cover (extreme right) is off.  Steve and John plot the attack.

Shenandoah National Park, Gravel Spring Hut, August 17, 2020 — One would not consider August an ideal month to be emptying the compost bin of a backcountry privy but PATC’s faithful Crapper Crew reported for duty anyway armed with buckets, shovels and digging bars.

Most privies in our region are a simple design consisting of two bins and an outhouse that can be moved from one bin to another. One side is active while the other is composting which normally takes about two years. Users are asked to cover their business with wood shavings from a bucket to allow air to enhance the process. Urine adds needed moisture.

Extra wood shavings and cleaning supplies are stored in the long silver box in the upper right of the lead photo. It’s not a coffin for any dead bodies we might find.

Normally the heat and humidity of a mid-Hotlantic summer is unbearable. Add close proximity to the active side of the privy and the word ripe could be an understatement. Let’s just say that we got lucky. Starting temps were in the mid 60s tickled by a gentle breeze. We took it.

The ramp had to be removed before we could start. 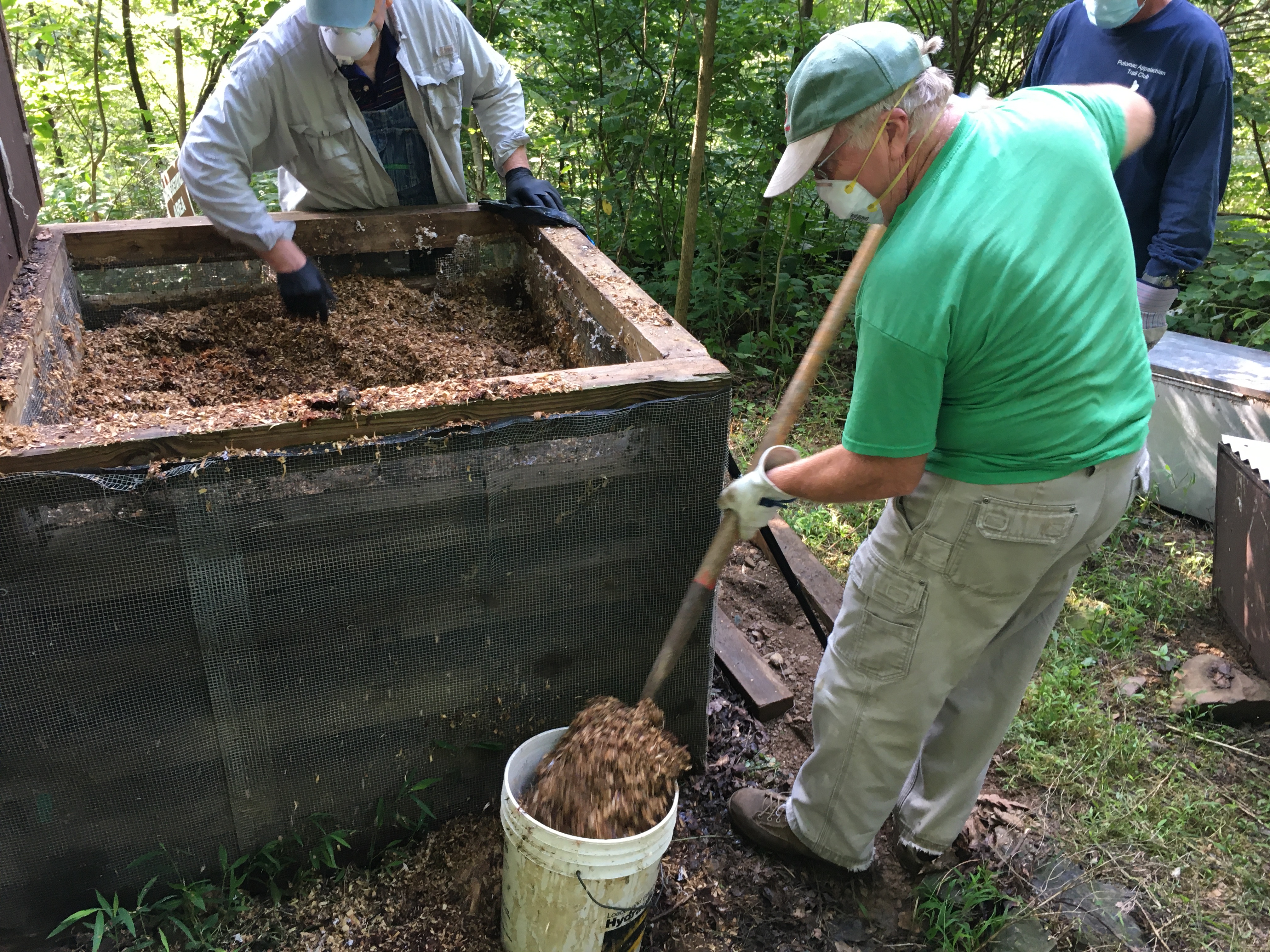 You need a team to do this.  First up is the digger who scoops out the compost and puts it in one of several five gallon buckets.  Second is the picker who hand picks and trash-bags the stuff that’s not supposed to be in the privy.  Last is the bucket brigade whose members spread the compost on the forest floor.  All told, we totaled five.

You find a lot of detritus in the compost.  There is usually at least one pair of underwear.  Wipes, which don’t decompose, in spite of what the packaging says,  are the most common item followed by the likes of food packaging, bottles, feminine hygiene products, and clothing.  Once we found a potty trowel used by hikers to dig cat holes. 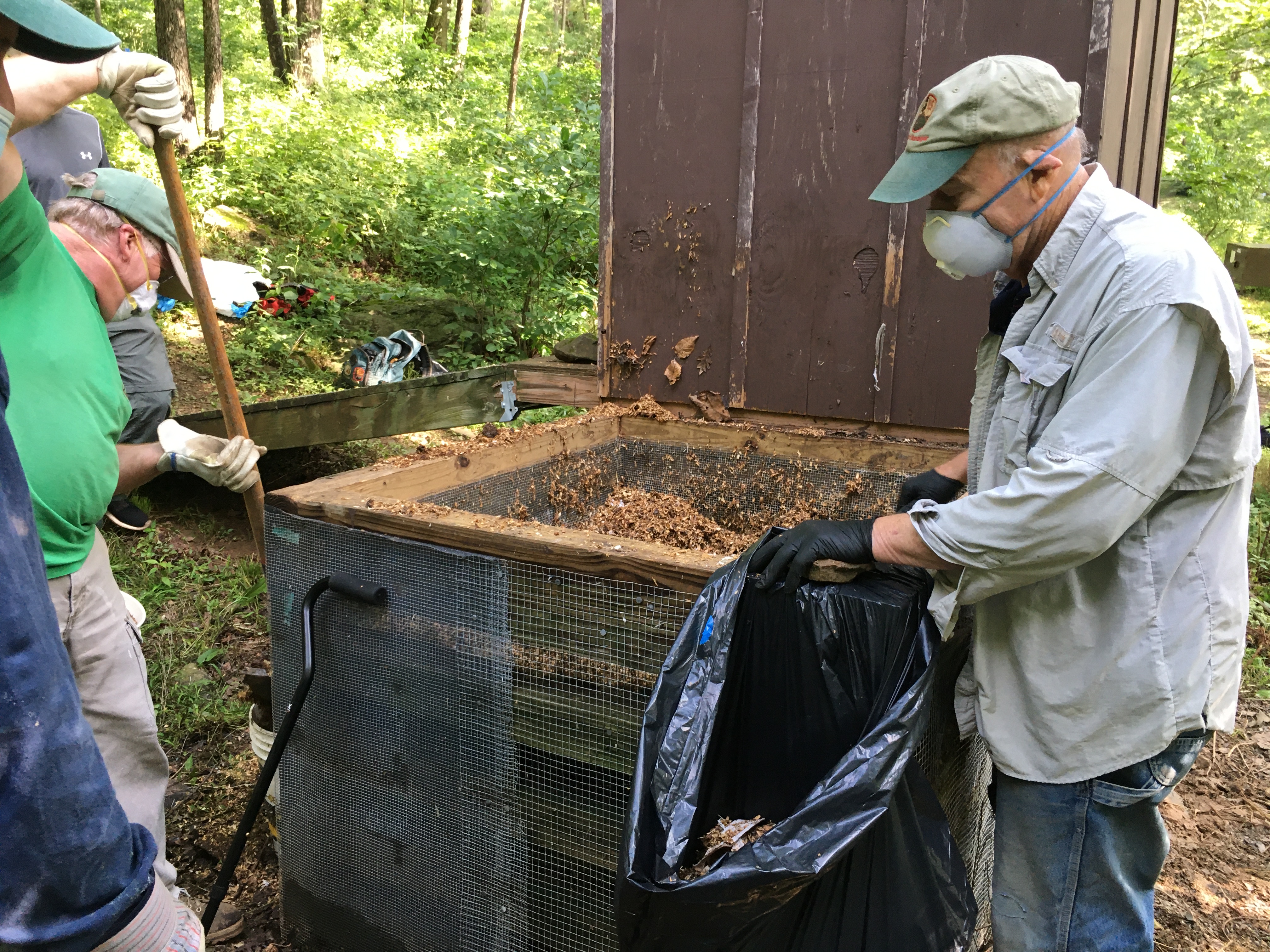 This trip hikers gifted us two bags of trash.  That’s about normal.

The digger gets in the bin so they can reach the gold at the bottom.

Once the composting bin is empty, the crew slides the outhouse over the empty bin and bolts it back on.

The bin cover is placed over the newly inactive side and the ramp is reattached. 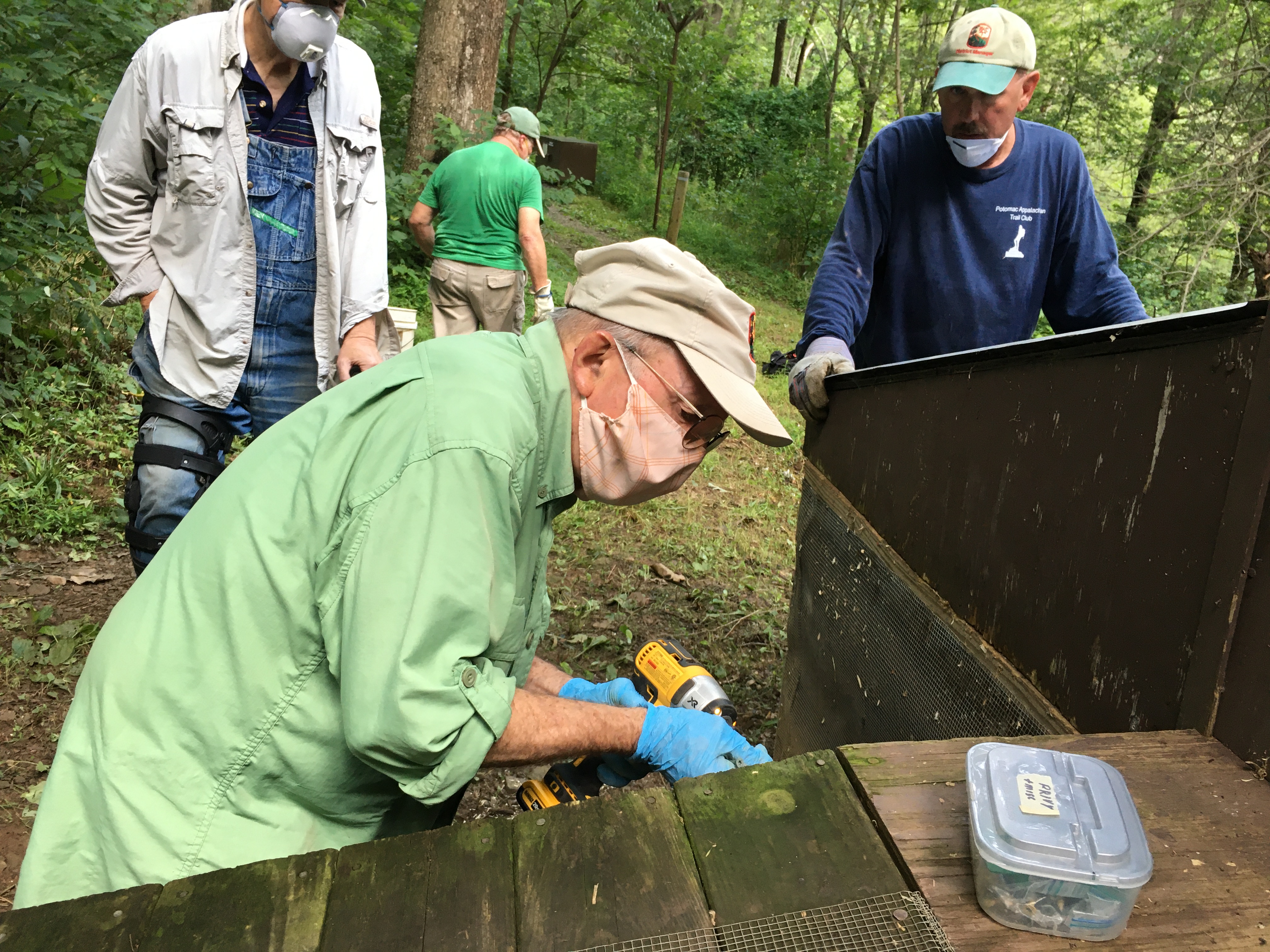 Ok.  I know.  I didn’t answer the question you’ve been thinking about the whole time.  No, the compost does not smell.