George Harrison with the Beatles had it right.  “Little darlin’, it’s been a long, cold, lonely, winter!”  You bet!  One thousand and eight, point eight northbound miles on the odometer.

“Here comes the sun,” I hope.  Of course, along with warmer weather I realize that in trade I’ll be sharing the trail amenities with other thru hikers, section hikers and recreational users of the trail.  That’s been the (very welcome) case pretty much since spring break.  Actually, it’s been nice to have some company after weeks playing a combination of Daniel Boone/Grizzly Adams/Kit Carson going solo in the wilderness.

Being alone does help foster peace of mind.  I’ve come to understand and embrace the appeal that solitude brings monks, nuns, hermits and those who spend hours in meditation.  On the other hand, sometimes your mouth fills up with stuff you just have to share with someone.  In those cases, when two hikers paths cross, the stacato wordy eruptions from the two parties can be positively Vesuviun as they lock on like Blue Tooth, spouting information at rates that would melt fiber optic cable.

Since I trekked from Rockfish Gap to Harpers Ferry in the fall, when I closed on the Gap, my hike flash forwarded the 160 miles through Shenandoah National Park and on to the Maryland border where the Potomac washes the West Virginia line.

As I ensconced myself at a convenient popcorn stand, Tim, my high school classmate once again saved my bacon.  He scooped me up for an Italian lunch in downtown Waynesboro, a shower at his house and a visit to a very cool museum within walking distance of his house as we killed time until my wife could arrive and drag me home. Of course we treated our spouses to fine dining first. 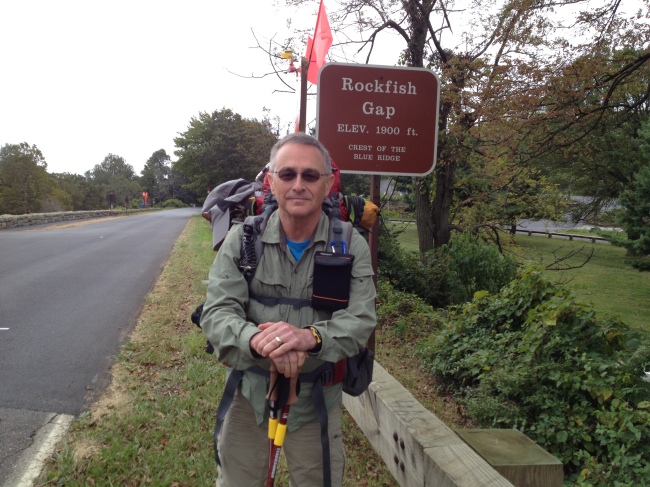 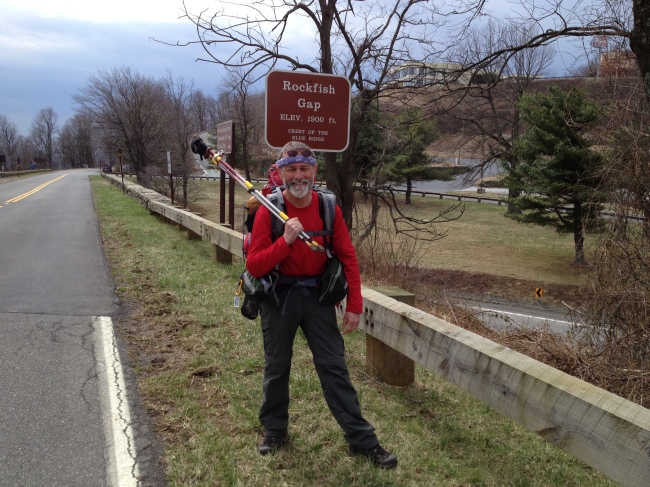 A popcorn/jhot dog stand right on the trail.  What a concept!

The Frontier Culture Museum in Staunton, Va. (http://www.frontiermuseum.org/)is a living history affair modeled on Colonial Williamsburg, featuring the ethnic groups that settled the Shenandoah Valley – including the original Americans and the ethnic Nigerian Igbo enslaved population.  The perspective it offers about how the valley was settled and evolved was absolutely awesome.

Along the way, I learned that those stone walls I previously wrote about were actually built by rented slaves.  That tale is not as romantic as the image of hard-scrabble farmers clearing land by the sweat of their brow.

When to reenter the northbound hiker flow is to be determined.  The Conservancy staff suggests waiting until late April or early May or risk riding winter’s tail all the way to the end.  That option would add the social factor associated with more people too.  On the other hand, I’m not inclined to wait that long.  Therefore I’ve arranged to consult with several successful of thru hikers who reside in the northern states and seek their advice.  My departure date will be based on how their insights fit with the experience I hope to have.

Meanwhile, there’ll be more in this space on lessons learned, Tarzan, and a couple of other subjects that banged against my skull as I bumped along the trail.

Thanks for coming along for the ride.